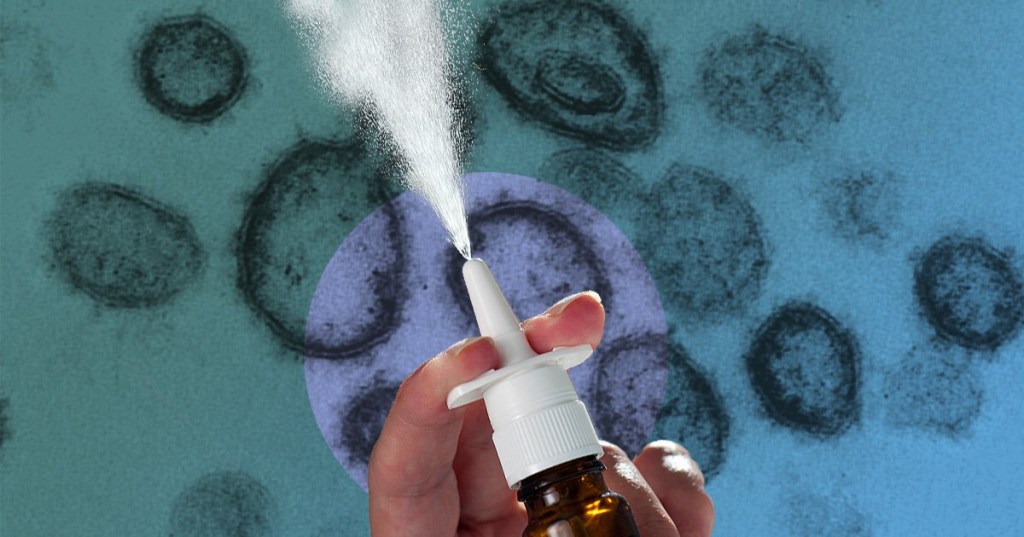 A nasal spray that could block a Covid-19 infection for up to two days could be in high street pharmacies by the summer.

The spray would be concocted from ingredients already in use so wouldn’t require any additional medical approval.

Scientists from the University of Birmingham have been looking into the option of a nasal spray since last April. It’s hoped that the solution may be able to ease social distancing.

The team are already in discussions with shops and pharmaceutical companies about mass production and distribution of the spray.

The researchers told the Sunday Telegraph the spray could be administered four times a day to provide general protection against Covid-19. It could also be used every 20 minutes if somebody was in a densely-populated environment.

‘We think it will help in schools, as one of the good things about the formulation of the nasal spray is that it would not need to be reformulated for children,” said lead researcher Dr Richard Moakes.

‘It means we would give it to children and adults alike, and it might be able to get schools going again.

‘If it could facilitate getting students back to school, and education being re-established, then that would be great.

‘I am confident that the formulation can make an impact. Our goal is to make an impact as soon as possible, we would really like to see this happen by summer.’

The nasal spray is a combination of an antiviral agent called carrageenan and a solution called gellan. They work together to trap the virus inside the nose by sticking in to cells and covering it with a coating so it can’t escape or be breathed out.

Other scientists are also looking at this approach. In some cases, they are taking antibodies from animals like llamas (which have a higher resistance to the virus) and adapting them into nasal sprays and inhalers.