Mystery of Mars’ missing water may have finally been solved 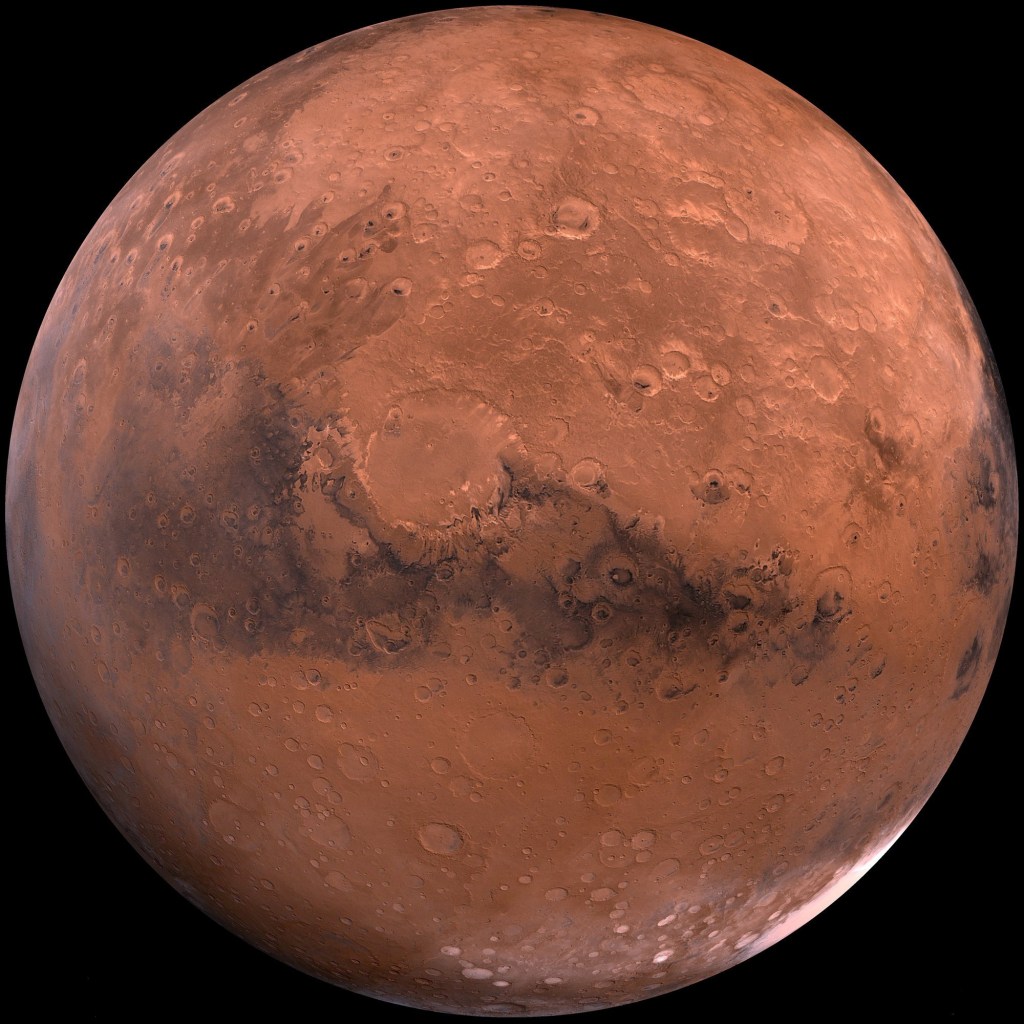 Scientists have come up with an answer to the mysterious disappearance of Mars’ water: it’s still there, locked away in the planet’s outer crust.

Stored in the form of minerals, the water appears to be contained within Martian rocks, based on measurements gathered by Mars-orbiting spacecraft and rovers.

While the existence of ancient water on Mars has been theorised since 2012, it’s only now that scientists have been able to figure out why, with Nasa researchers publishing their findings in the journal Science.

Billions of years ago, Mars had so much water that it may have covered the entire planet, coursing through rivers, lakes and wide open oceans.

But as the Red Planet aged, it began to cool and the atmosphere began to change – with the water mysteriously disappearing.

Unlike Earth’s strong magnetic shield that prevents the atmosphere from escaping, Mars has a much weaker magnetosphere, which would have allowed some water to escape – but the rate at which hydrogen, half of water, escapes as measured now suggests to scientists that the water must be locked inside the Mars crust.

‘Atmospheric escape doesn’t fully explain the data that we have for how much water actually once existed on Mars,’ said lead author Eva Scheller.

The Nasa team’s modelling software has estimated that between 30% and 99% of Mars’ initial water deposits is now buried in outer Mars layer.

‘The hydrated materials on our own planet are being continually recycled through plate tectonics,’ said Michael Meyer, lead scientist for NASA’s Mars Exploration Program.

‘Because we have measurements from multiple spacecraft, we can see that Mars doesn’t recycle, and so water is now locked up in the crust or been lost to space.’

The study indicates that the majority of the water was lost around 4.1 billion years ago in a period called the Noachian Period.