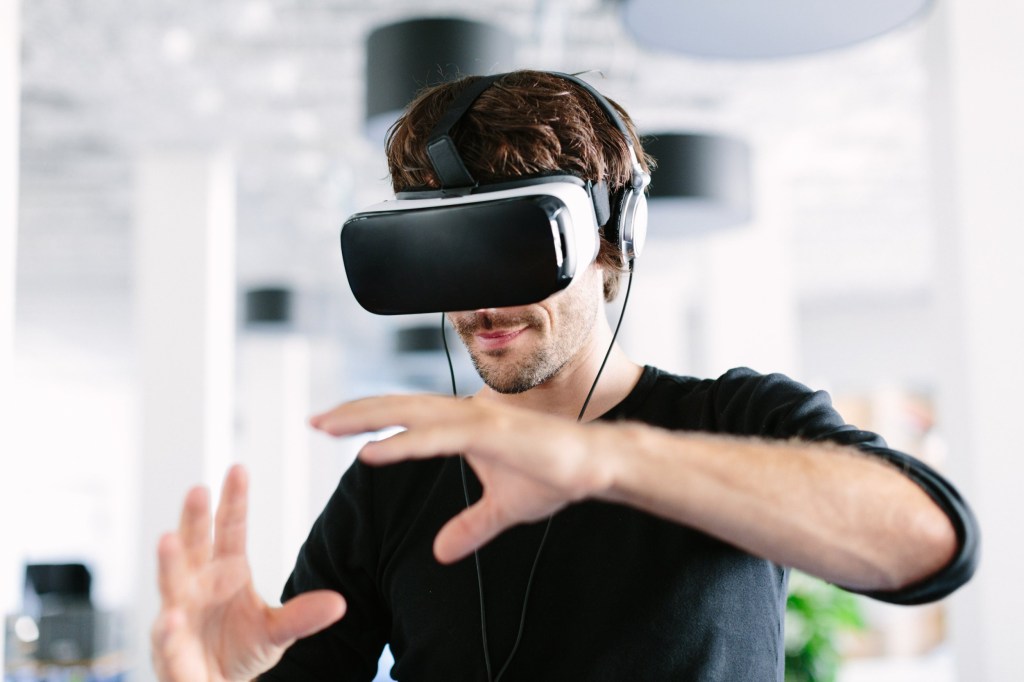 Mark Zuckerberg has followed in the footsteps of Elon Musk and jumped on the audio-only social platform Clubhouse to appear on a talkshow.

The Facebook boss spoke of a science fiction-esque future where workers would ‘teleport’ into offices using virtual reality (VR) and augmented reality (AR).

Of course, the billionaire has a horse in the race when it comes to virtual reality. Facebook acquired Oculus VR – one of the most recognisable brands in the market – in 2014 for $2.4 billion.

‘One of the things that [VR] will unlock is the ability to live anywhere you want and be present in another place and really feel like you are there,’ the Facebook CEO told the assembled listeners on Clubhouse.

‘I am also pretty optimistic about the impact on climate, in reducing the amount of commuting that people have to do. I think the advance in electric cars in reducing emissions is great and exciting, but I tell my team that it is easier to move bits of atoms around so we should be teleporting, not driving….’

Millions around the world are still working remotely due to Covid-19 and the effects of prolonged Zoom meetings and lack of in-person contact are starting to show.

Whether or not virtual reality could bridge the gap remains to be seen but Zuckerberg is aggressively pursing it at Facebook.

The social media giant says it plans to allow 50 per cent of its 58,000+ employees to work remotely using VR by the end of the decade.

PrevPreviousBitcoin surges as Tesla buys $1.5 billion worth of the cryptocurrency
Next‘Breakthrough’ drug from Tel Aviv could cure Covid-19 in 5 daysNext