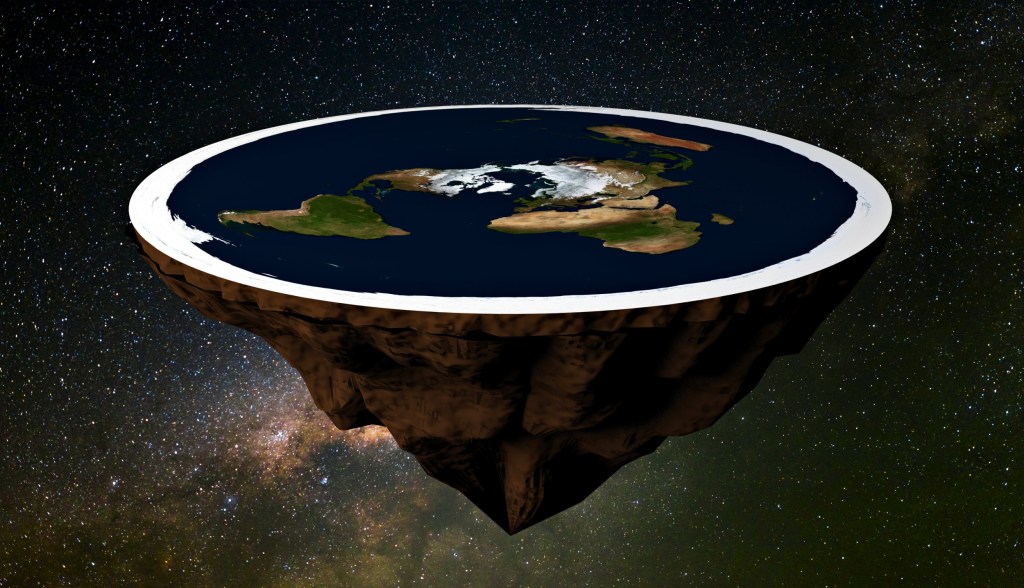 One man has seemingly had enough of the Flat Earth conspiracy theories and is trying to crowdfund enough money to send one of them into space.

Despite overwhelming evidence that the Earth is a sphere, some corners of the internet still believe that if you go to the edge, you’ll fall off.

So Marc Gauld, a self-proclaimed ‘annoyed Scot’, has decided to set up a GoFundMe campaign to raise funds to send one lucky Flat Earther into orbit.

Gauld thinks that if one Flat Earther was able to see the Earth from space, they would come back and convince the rest of them the Earth is round.

‘I have a couple of friends that are flat earthers and it drives me crazy their total nonsense that they speak,’ he told the Scottish Daily Record.

‘They call astronauts actors who are paid to lie and that boils my blood because these are guys who barely hold down jobs and do nothing so to talk about astronauts like that I don’t know where they get off.’

Gauld, an oil worker, says he has already contacted Elon Musk and Richard Branson – who run SpaceX and Virgin Galactic respectively – about the prospect of buying a seat on their private spacecraft for the Flat Earther.

Who are the Flat Earthers?

A YouGov poll of 8,215 people in America found that 52% of people believe the Earth is flat consider themselves ‘very religious’ – and say that evidence for the Earth being flat is found in scripture.

YouGov says, ‘For some flat earthers, evidence of the earth’s shape may be found in scripture – more than half of Flat earthers (52%) consider themselves “very religious,’ compared to just a fifth of all Americans (20%).

‘While an overwhelming majority of Americans (84%) believe that the Earth is round, at least 5% of the public say they used to believe that but now have their doubts.

Flat earthers find traction in their beliefs among a younger generation of Americans.

Young millennials, ages 18 to 24, are likelier than any other age group to say they believe the Earth is flat (4%).

He says that once the funds have been acquired, he will hold an application process for ‘high ranking flat earthers’ to enter in order to be chosen for the trip.

‘One lucky flat earther will be chosen for disappointing the rest of the flat earthers.
Please get onboard with this as it is in the name of science and it will finally disprove or prove the flat earth theory and we can finally put this to rest!’ Gauld wrote on the campaign’s GoFundMe page.

‘I am 100% serious about this and your donations will be highly appreciated and will be helping to stop a completely unsupported scientific view getting in the way of real progress!’

Last year, Jessica Meir, a highly-qualified US astronaut serving on board the ISS, snapped a glorious picture from the space station window showing the curvature of the Earth.

Meir posted the photo to Twitter and the small, vocal community Flat Earthers got very unhappy about it. Because the photo quite obviously showed the Earth was round.

‘One of them tweeted back: ‘So from 400km above the earth you can view the whole round earth? Yeah very believable.’

Another added: ‘Nice try with the fish eye, but it’s flat.’ While a third chimed in: ‘Yes. That’s fish eye lens. Make earth looks like round. Actually, the earth is Flat!’.

As the first commentator pointed out, the ISS orbits the Earth at 400km, which equates to 250 miles away and gives a perfectly good view of how spherical our planet is.

If Gauld’s idea goes to plan, one Flat Earther will be able to see the same view with their own eyes.