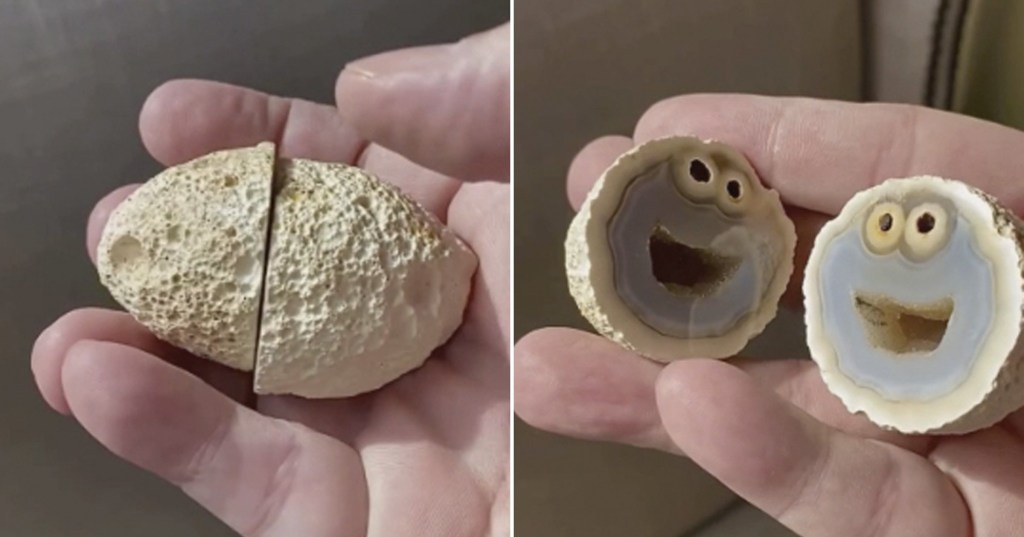 We don’t imagine there are many times when the scientific world of geology and children’s TV clash.

But they collided in a big way when a mineral collector discovered the spitting image of a muppet inside an ancient agate rock.

The stone, consisting of chalcedony and quartz, came from Soledade – a geological hotspot in southern Brazil.

And when it was cracked open, the googly-eyed Cookie Monster was hiding inside.

Based in California, Mike Bowers posted about the find on Facebook. Pretty quickly, the internet took notice of it.

‘I didn’t realize that Cookie Monster was so well known and part of the world cultural heritage!’ Bowers told Live Science.

‘It is somewhat uncommon to find a face shape in agates, but in many instances it’s like looking at the clouds. You kind of see a face,’ Bowers said.