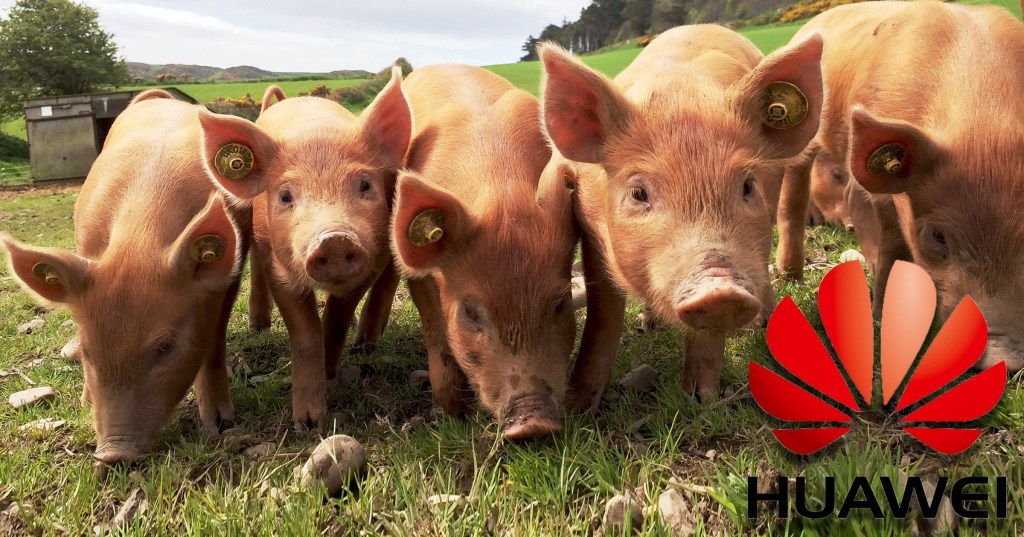 Chinese telecoms giant Huawei has started to look to other industries after the ongoing trade ban with the US impacted its consumer electronics sales.

Following a trade block by the Trump administration, the company’s Android handsets weren’t able to run any Google apps or have access to the Play Store. Ultimately, that meant that Western users weren’t going to buy them.

Since being blacklisted by the United States and unable to trade with American companies, Huawei has turned to pig farming and coal mining. Both industries are huge in China’s domestic market (the country is home to half the pigs on the planet) and therefore free of US interference.

According to the BBC, Huawei is looking to modernise the technology in these industries and is experimenting with bringing artificial intelligence to pig farming.

Facial recognition technology is advanced enough to recognise individual pigs while other tech applications can measure their health, weight and exercise levels.

‘The pig farming is yet another example of how we try to revitalise some traditional industries with ICT (Information and Communications Technology) technologies to create more value for the industries in the 5G era,’ a Huawei spokesman told the BBC.

The billionaire wants to develop technology for coal mines that will lead to ‘fewer workers, greater safety, and higher efficiency’ and enable coal miners to ‘wear suits and ties’ at work.

Over here in the UK, the government has decided to remove all of Huawei’s 5G equipment from the national infrastructure over security concerns.

Huawei has long denied it has connections to China’s ruling Communist Party, but the UK government and security services aren’t convinced.

‘Following US sanctions against Huawei and updated technical advice from our cyber experts, the government has decided it is necessary to ban Huawei from our 5G networks,’ culture secretary Oliver Dowden told MPs last year.

‘No new kit is to be added from January 2021, and UK 5G networks will be Huawei free by the end of 2027. This decisive move provides the industry with the clarity and certainty it needs to get on with delivering 5G across the UK.

‘By the time of the next election we will have implemented in law an irreversible path for the complete removal of Huawei equipment from our 5G networks.’

‘This has not been an easy decision, but it is the right one for the UK telecoms networks, for our national security and our economy, both now and indeed in the long run.’

Huawei continues to build and sell smartphones in the UK, but to date, they still arrive with no Google Play services on them at all.