‘Ghost’ caught on camera in video footage from India 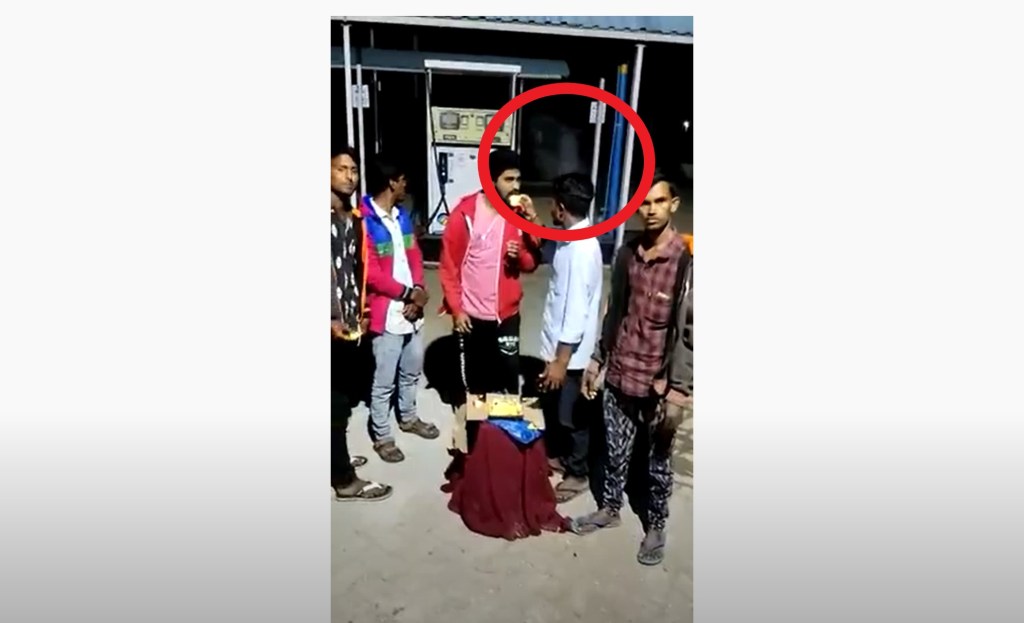 Footage allegedly showing a ghost in India has been uploaded to YouTube.

The clip shows a group of men standing in front of a petrol station and celebrating together.

In the background, at about the three-second mark, a blurry figure can be seen passing beyond the petrol pumps.

Even when freeze-framing, it’s difficult to make out exactly who – or what – the figure is. None of the men celebrating in the foreground appear to notice the anomaly.

Little is known about the video, but given the lack of social distancing or face masks, we assume it wasn’t captured recently. It was uploaded on January 2 and has amassed just shy of 4,000 views.

Some commentators have suggested the ‘ghost’ is either the reflection of a passing car or a wisp of smoke from someone enjoying a cigarette or vape off-camera. Considering this was filmed next to a petrol station, we have to be a little concerned if it’s the latter option.

Have a look at the footage below and judge for yourself.