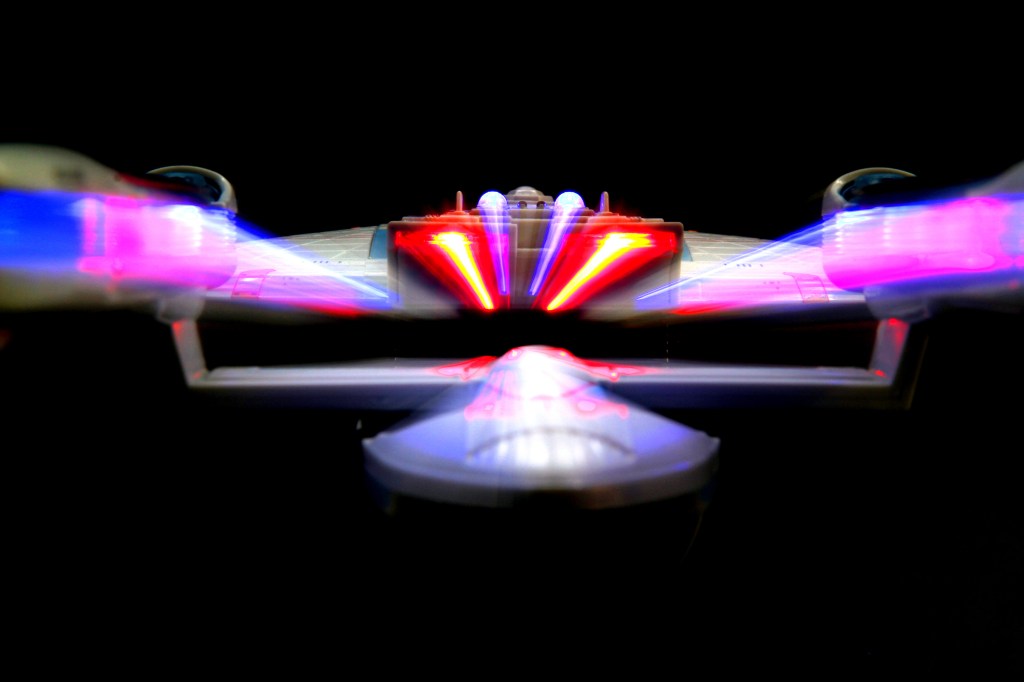 A Star Trek-like ‘warp drive’ has been moved into the realms of physical possibility by new research from scientists.

If fully realised, a warp drive could help humanity reach distant stars and planets in months, weeks or days – unlike the thousands of years it would take humans at current speeds.

Previous ideas for a warp drive, an engine that can move faster than light, only worked with near-impossible physical concepts, like massive amounts of ‘negative’ energy.

But scientists believe they’ve come up with a design, at least in theory, that relies only on known physical concepts.

What are warp drives?

The warp drive, while an object of science fiction for decades, was only seriously proposed by physicist Miguel Alcubierre in 1994.

Alcubierre had to make his warp drive idea consistent with Einstein’s theory of relativity – one of the most solid and widely proven scientific theories around.

A central tenet of general relativity is that the speed of light is the maximum speed anything can travel in the universe.

To get around this problem – to make something travel faster than light when nothing supposedly can – Alcubierre suggested the equivalent of a scientific sleight of hand.

By ‘inflating’ spacetime behind a ship and ‘contracting’ it in front, the ship would be in a spacetime ‘bubble’, able to move distances (and speeds) not available to regular bodies in space.

But this trick relied on a huge amount of ‘negative energy’ to twist and bend spacetime – something that hasn’t previously been observed by scientists.

While scientists weren’t deterred by this restraint – Nasa has reportedly been exploring the concept for decades – it did create a large stumbling block for any realistic possibility of a real-world warp drive.

What does the new research say?

Two separate papers, indepently of each other, coincidentally suggested that warp drives may be possible.

Astrophysicist Eric Lentz, and physicists Alexey Bobrick and Gianni Martire, both writing in Classical and Quantum Gravity, suggested that the drives may very much be feasible.

Though the new research is still in the ‘ideas’ stage, it suggests that warp drives might not need as much (or even any) negative energy at all – positive energy, plentiful and easy to create, could do.

While both papers suggest slightly different ways of creating Alcubierre’s warp drive, they are both improvements on the previous physically infeasible models.

Lentz thinks that a kind of particle called solitons (waves in spacetime that act like a particle) could travel faster than light and be ‘created a conducting plasma and classical electromagnetic fields’, both of which are well understood by modern science.

Bobrick and Martire, on the other hand, get around the problem of negative energy by using the concept of ‘floating bubbles’ of spacetime, instead of having the spaceships themselves float in spacetime.

This physical model uses almost no negative energy and has been endorsed by Alcubierre himself, the original inventor of the warp drive.

The concepts behind both warp drives are difficult stuff to grasp, so here’s Sabine Hossenfelder, a Professor and Research Fellow at the Frankfurt Institute for Advanced Studies, to help explain.

While both suggestions for warp drives are exciting stuff, they are still very much on the bounds of scientific possibility – many of the suggested structures scientists don’t fully understand.

But moving the problem to one within the realms of physics is still a huge advance.

‘While the mass requirements needed for such modifications are still enormous at present,’ Bobrick and Martire write, ‘our work suggests a method of constructing such objects based on fully understood laws of physics.’

We may not have a warp drive tomorrow, or even in a decade, but perhaps in a hundred years we’ll be visiting foreign planets in the same time it takes to fly to New York.

PrevPreviousCoronavirus: Will immunity rapidly fade or last a lifetime?
NextChina and Russia are joining forces to build a moon baseNext