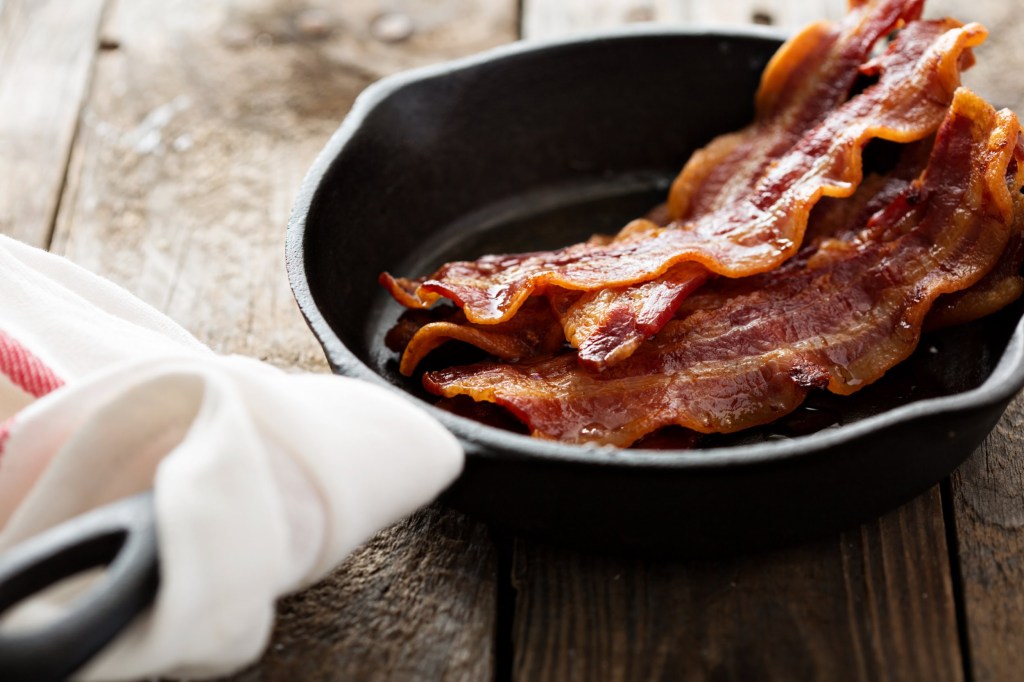 Sitting down to just one rasher of bacon a day for breakfast could increase a person’s risk of dementia by up to a half.

That’s the finding from a new study, which suggests this is the case regardless of other factors like a genetic predisposition towards the disease.

It comes from an analysis of health data from 500,000 people that found eating 25g of processed meat – one rasher of bacon – raises the dementia risk by 44%.

The study came from researchers at the University of Leeds, who looked at details from the UK Biobank database on Brits ages 40 to 69 between 2006 and 2010.

Researcher Huifeng Zhang said: ‘This adds to the growing body of evidence linking processed meat consumption to increased risk of a range of non-transmissible diseases.’

Although the results were damning on the subject of consuming processed meat – the same can’t be said for unprocessed meat.

Beef, pork and veal was found to protect against the disease. In fact, consuming 50g a day cut the risk by almost a fifth.

The team behind the study found that, over an average of eight years, nearly 2,900 cases of dementia (including Alzheimer’s), appeared more often in men.

Professor Janet Cade, who supervised the research, said: ‘Anything we can do to explore potential risk factors for dementia may help us to reduce rates of this debilitating condition.’

PrevPreviousAsteroid 2001 FO32: When will it pass Earth and can I watch it?
NextCensus 2021 will reveal how a year of lockdowns and furlough has transformed the UKNext