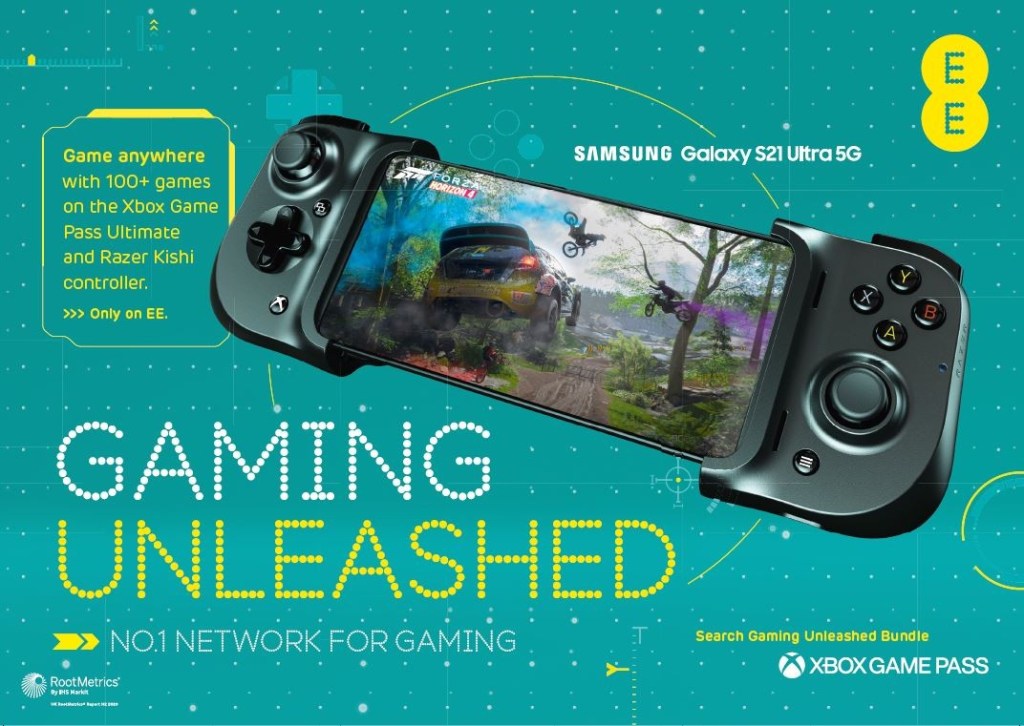 We’re always wary of so-called ‘deals’ from telecom companies, but if there’s a genuine bargain to be had then we’re paying attention.

EE is serving up a good offer for gaming fans off the back of the new Samsung Galaxy S21 Ultra smartphone that launched last week.

The network is offering the phone alongside a free Razer Kishi gaming controller and a year’s subscription to Microsoft’s Xbox Game Pass Ultimate when pre-ordered on one of its ‘Essential’ plans.

And because Samsung itself wants to market the phone, it’s also throwing in a pair of wireless Galaxy Bud Pro headphones and Samsung SmartTag too.

The contract is a steep one: a £50 upfront cost (unless you trade in an old device) and then £75 a month thereafter for 24 months on the Essential plan that grants you 10GB of data.

But considering a Game Pass Ultimate subscription runs to £10.99 a month and the Kishi itself costs £79.99 that’s a saving of £211.87. And that’s not including the Buds Pro and SmartTag bolt-on which would also cost £249.

Of course, if you’re not a gamer or your prefer iOS to Android then this won’t appeal in the slightest. But if you’re on the lookout for a phone upgrade and are partial to a bit of casual gaming then this package is hard to resist.

Especially because the S21 Ultra is tailor-made for gaming with a 6.8-inch AMOLED display at a 120Hz refresh rate and peak brightness of up to 1,500 nits.

There are a variety of other plans for the different versions of the Galaxy S21 that still qualify for the deal. They’re at a range of different prices and you can find all the information about them here.