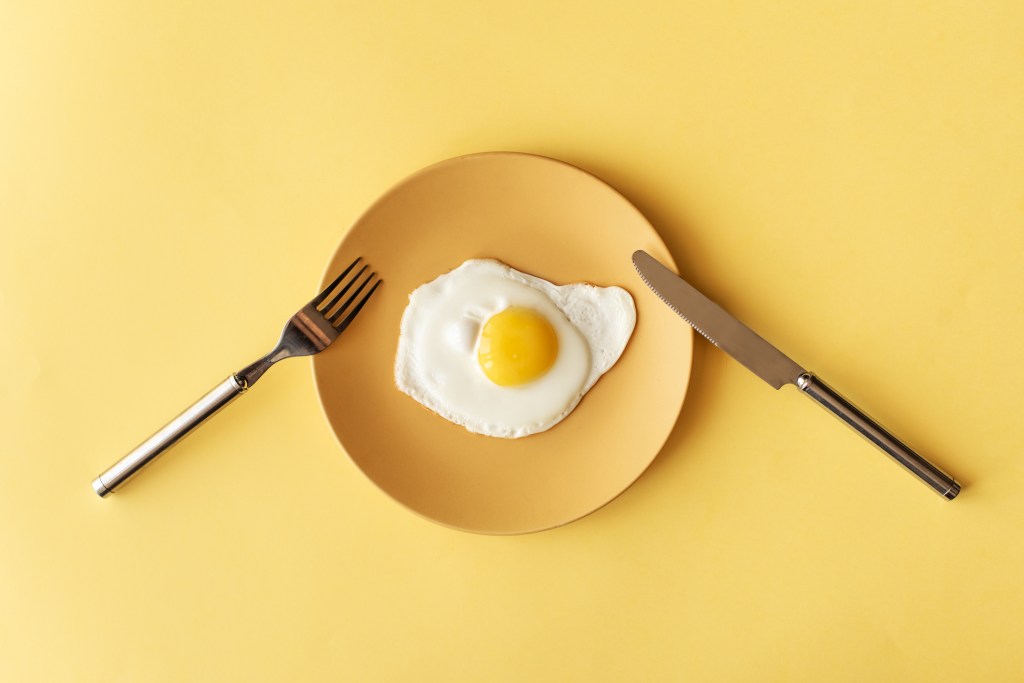 Eggs can be cooked a multitude of ways – but all of them might increase your risk of death, according to a new study.

Chinese researchers found eating half an egg, with yolk included, increases the chances of dying by seven per cent.

For every extra half egg, that risk of dying increases by a further seven percent, so a person eating an egg per day has a 14 per cent greater chance of death than someone who avoids food.

Scienitsts, led by Professor Yu Zhang of Zhejiang University, believe high fat and cholesterol levels in eggs are to blame.

All of the cholesterol in an egg is contained in the yolk – about 186mg of the stuff.

But some have warned the research should be taken with a pinch of salt.

Dr Ada Garcia, senior lecturer in Public Health Nutrition at the University of Glasgow, criticised the methodology and conclusions of the Chinese team.

‘Being overweight or obese, smoking or consuming too much alcohol and not being physically active are much more important factors to consider for prevention of chronic diseases and related death’ Garcia told MailOnline.

‘The conclusions of this study are overblown. Blaming eggs alone for an increased risk of cardiovascular disease is a simplistic and reductionist approach to the concept of diet and disease prevention.’

NHS diet advice says eggs are a good choice as part of a healthy, balanced diet, containing a good amount of protein, as well as vitamins and minerals.

The study, published in PLOS ONE, was based on questionnaires given to more than half a million Americans in the 1990s, of which 129,328 have died.

‘In this study, intakes of eggs and cholesterol were associated with higher all cause, cardiovascular disease and cancer mortality,’ said Professor Zhang.

‘The increased mortality associated with egg consumption was largely influenced by cholesterol intake.’

Eggs’ effect on health has long been debated in the nutrition community – for many years, they have been a staple of a healthy diet.

But egg yolks are high in cholesterol, which in some cases can be harmful for heart health.

Researchers on the study suggested people should either remove the yolks or switch to egg substitutes in order to lower the harmful egg effects.

Substituting an equivalent amount of nuts or legumes for half a whole egg reduced death rates by up to a third, while poultry, fish or dairy products had a similar effect.

The study involved asking people how much extra cholesterol they had in their diet on top of eggs, and found those who had an additional 300 milligrams a day were 19 per cent more likely to die over the study’s span.

These deaths were primarily from cancer and cardiovascular disease, which rose by 24 and 16 per cent, respectively.

Cholesterol is dangerous for heart health because it builds up in the arteries, which can lead to a blood clot which can cut off blood supply, triggering strokes or heart disease.

The NHS says there is no recommended amount of eggs people should eat, but says cooking them without salt or fat could be beneficial.

Frying can increase their fat content by around 50 per cent.