Did you see huge meteor that lit up night sky over UK last night? 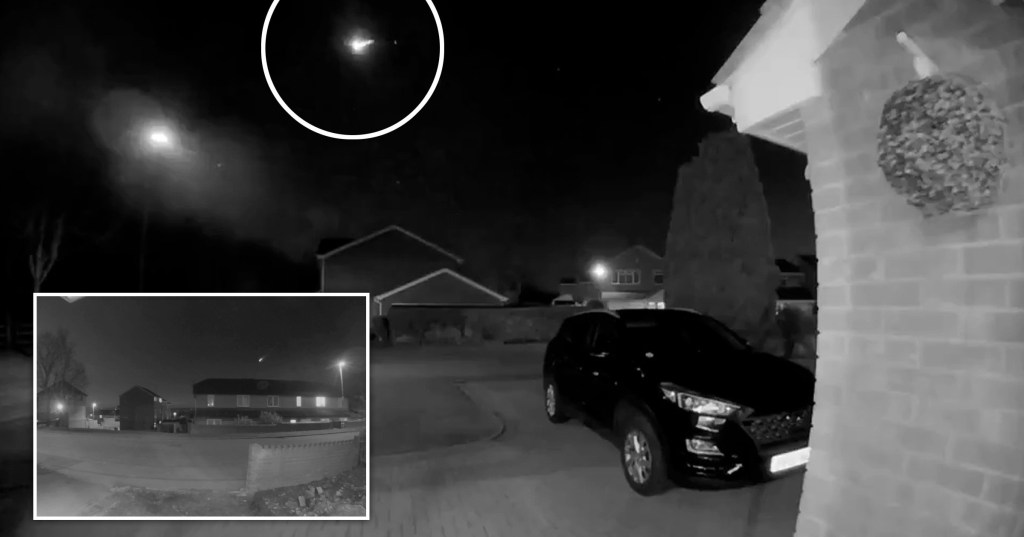 A large meteor lit up the UK sky last night and hundreds of people have taken to social media to report sightings and share videos.

The fireball appeared just before 10pm last night, Sunday, February 28 and appeared for around seven seconds as it flashed through the sky.

It was captured on various security and doorbell cameras around the country. Sightings came in from Manchester, Cardiff, Bath, Milton Keynes and others.

According to the amateur astronomers that make up the UK meteor network, this particular fireball was ‘a slow moving meteor with clearly visible fragmentation.’

The meteor was bright enough to be legitimately classed as a fireball – meaning it reaches a magnitude -4 in brightness – around the same as the planet Venus. For comparison, a full moon is a magnitude -12.6.

Others have been sharing their own footage of last night’s meteor.

Last year, scientists from London and Glasgow set out to create a meteorite observation network around the country.

A meteor is a fragment of space rock that burns up in our atmosphere – like a fireball or a shooting star.

However, a meteorite is one that makes it down to Earth intact.

Dr Luke Daly of the University of Glasgow said: ‘Meteorites provide scientists with invaluable insights into other planets and our solar system. A good deal of what we know about the surface of Mars, for example, comes from analysis of chunks of the planet that were blasted off its surface by asteroid impacts millions of years ago and then drifted in space before falling to Earth.’

‘Meteorites enter our atmosphere all the time, but the UK hasn’t had a great track record of finding them in recent years – in fact, it’s been nearly 30 years since one was last seen dropping into a back garden in Glatton in Cambridgeshire, and more than 100 since one was observed in Scotland.’

‘Camera networks like ours, and those of partner organisations, give us a great chance to capture fireballs on multiple cameras. Together we are building an integrated pipeline to use all the data from all the networks to track fireballs called the UK Fireball Alliance.

‘Catching images on more than one camera allows us to estimate not just where they land, but calculate the trajectory of their arrival, which allows us to calculate where in space it came from. Pooling all our resources maximises the chances of capturing these elusive events.’

It’s not know yet if any fragments of the fireball seen over the UK last night made it down to Earth intact.