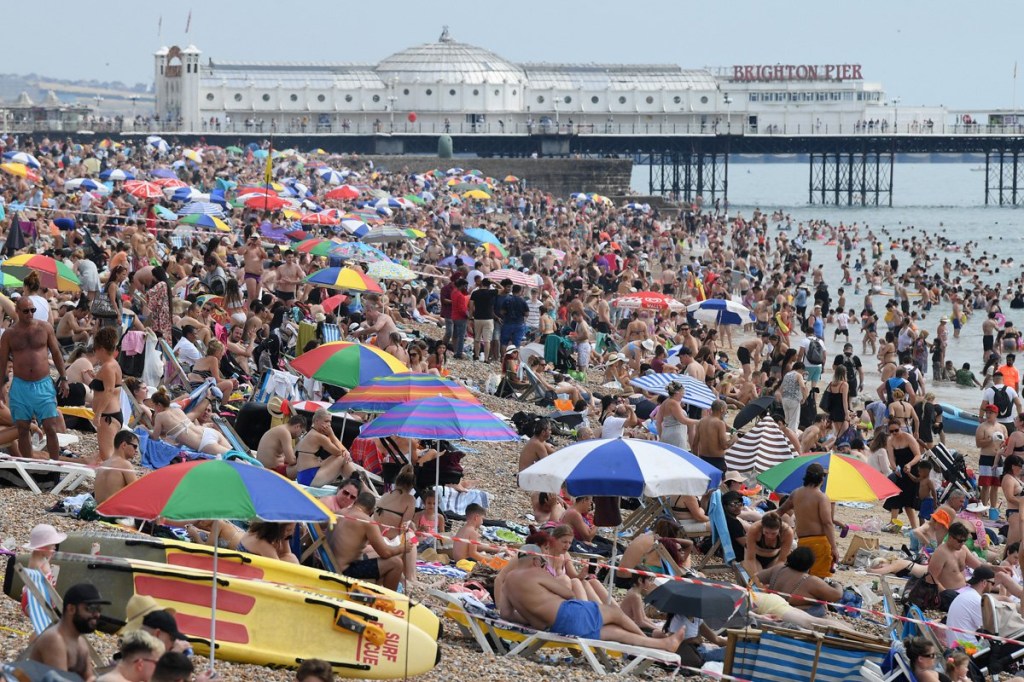 Climate change could lead to Britain’s summers being six months long by the end of the century, according to a new study.

If the rate of global warming continued on its current path, half-year summers could become the new normal for countries north of the Equator by 2100.

The shift in climate could have potentially catastrophic effects on agriculture, human health and the environment, the report warned.

During the 1950s in the Northern Hemisphere, the four seasons arrived in a predictable and fairly even pattern, but climate change is now driving dramatic and irregular changes.

These changes have affected the length and start dates of the seasons, which may become more extreme in the future, researchers said.

If these trends continue without any effort to mitigate climate change, the researchers predict that by the turn of the century winter will last less than two months.

These warmer and shorter winters could lead to instability, cold surges and winter storms, similar to the recent snowstorms in Texas and Israel.

The researchers used historical daily climate data from 1952 to 2011 to measure changes in the four seasons’ length and onset in the Northern Hemisphere.

Next, the team used established climate change models to predict how seasons will shift in the future.

Spring and autumn also contracted from 124 to 115 days, and 87 to 82 days, respectively, the researchers said.

It was discovered that the Mediterranean region and the Tibetan Plateau experienced the greatest changes to their seasonal cycles.

If these trends continue without any effort to mitigate climate change, the researchers predicted that the transitional spring and autumn seasons will shrink further as well.

Study lead author Dr Yuping Guan, a physical oceanographer at the State Key Laboratory of Tropical Oceanography, said: ‘Summers are getting longer and hotter while winters shorter and warmer due to global warming.’

Dr Guan, of the South China Sea Institute of Oceanology and the Chinese Academy of Sciences, was inspired to investigate changes to the seasonal cycle while mentoring an undergraduate student, co-author Jiamin Wang.

He added: ‘More often, I read some unseasonable weather reports, for example, false spring, or May snow, and the like.

‘Numerous studies have already shown that the changing seasons cause significant environmental and health risks.’

For example, birds are shifting their migration patterns and plants are emerging and flowering at different times, the experts said.

These phenological changes can create mismatches between animals and their food sources, disrupting ecological communities, it was warned.

And with longer growing seasons, humans will breathe in more allergy-causing pollen, and disease-carrying mosquitoes can expand their range northward.

Dr Congwen Zhu, a monsoon researcher at the Chinese Academy of Meteorological Sciences in Beijing, who was not involved in the study, said this shift in the seasons may result in more severe weather events.

Warmer and shorter winters may cause instability that leads to cold surges and winter storms, much like the recent snowstorms in Texas and Israel, he added.

Scott Sheridan, a climate scientist at Kent State University in Ohio, who was not part of the new study, said: ‘This is a good overarching starting point for understanding the implications of seasonal change.’

It is difficult to conceptualize a 2- or 5-degree average temperature increase, he added: ‘I think realising that these changes will force potentially dramatic shifts in seasons probably has a much greater impact on how you perceive what climate change is doing.’

The study was published in the journal Geophysical Research Letters.