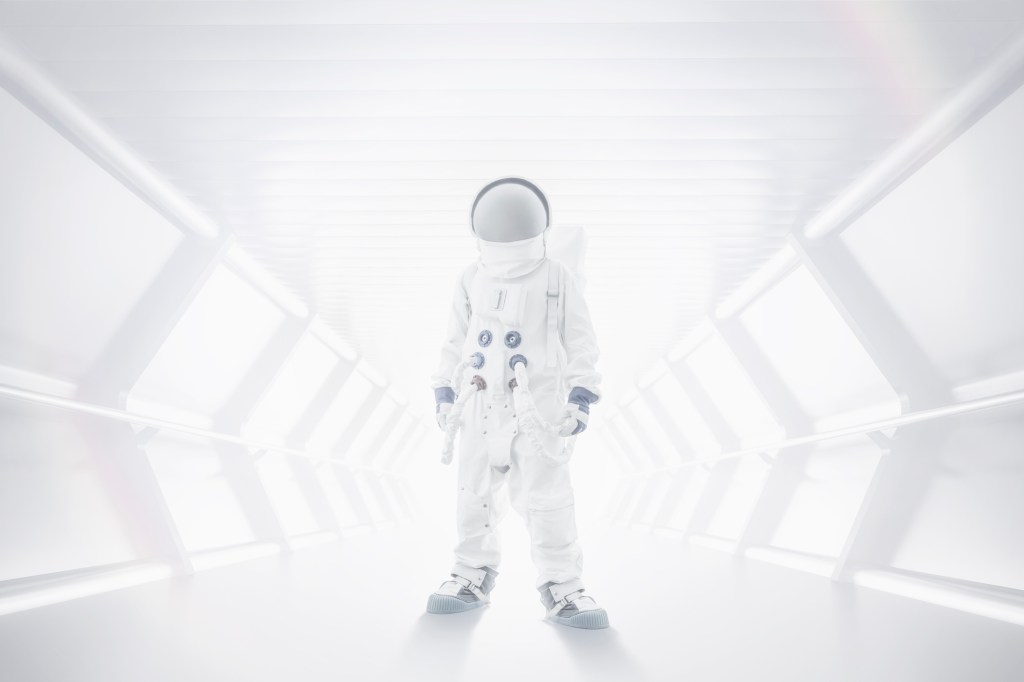 It might be one small step for a European astronaut in the next decade, as space agencies plan a return to the moon.

Aiming to have European boots on the moon is no easy task – which is why European Space Agency (ESA) director-general thinks it will take at least nine years to reach it.

Johann-Dietrich ‘Jan’ Wörner said he prefers to think of missions to the Earth’s satellite as going ‘forward’ to the Moon, rather than ‘going back’ to it.

He added that he thinks it is unlikely people will be on the surface of the Moon in 2024, and that it will probably take a couple more years.

Speaking at a press briefing, Prof Wörner said: ‘What I heard all the time – also during the Trump administration – but what we heard from Nasa is that the schedule to go to the Moon and land people on the surface of the Moon in 2024 is really difficult.

‘I hope that we will have some European at the end of this decade over there.

‘But of course we don’t want only to bring boots on the surface of the Moon, but also the humans in the boots.’

The European astronaut could well be a UK astronaut, as ESA includes the UK Space Agency as a ‘full and leading’ member.

The UK may have left the EU after Brexit, but for all things space-related, the two unions are very much working together.

The comments came as the ESA announced that it has signed a further contract with Airbus for the construction of three more European Service Modules (ESM) for Orion, the American-crewed spacecraft for the Artemis programme.

The European Service Module will be used to fly astronauts to the Moon.

As the powerhouse of the new Orion spacecraft for Nasa’s Artemis missions, it will provide critical functions such as the propulsion system to get the astronauts to the Moon, and the consumables the astronauts need to stay alive.

Andreas Hammer, head of space exploration at Airbus, said: ‘Europe has entered a new decade of exploration. Building six Orion European Service Modules is a venture like no other.

‘Airbus has some of the world’s best minds in space exploration working on this phenomenal vehicle and this new agreement will facilitate many future Moon missions through international partnerships.’

He added: ‘Europe is a strong and reliable partner in Nasa’s Artemis missions and the Orion European Service Module represents a crucial contribution to this.’

In addition to its function as the main propulsion system for the Orion spacecraft, the ESM will be responsible for orbital manoeuvring and position control.

It also provides the crew with the central elements of life support, such as water and oxygen, and regulates thermal control while attached to the crew module.

Artemis I, the first non-crewed Orion test flight with a European Service Module, will fly in 2021.

As part of the following mission, Artemis II, the first astronauts will then fly around the Moon and back to Earth.

With Artemis III, Nasa aims to land the first woman and next man on the Moon by 2024, using innovative technologies to explore more of the lunar surface than ever before.

The ESMs announced on Tuesday will be used for the Artemis IV to VI missions, the first two of which are part of the European contribution to the international Gateway planned to be assembled starting from 2024 in a lunar orbit.