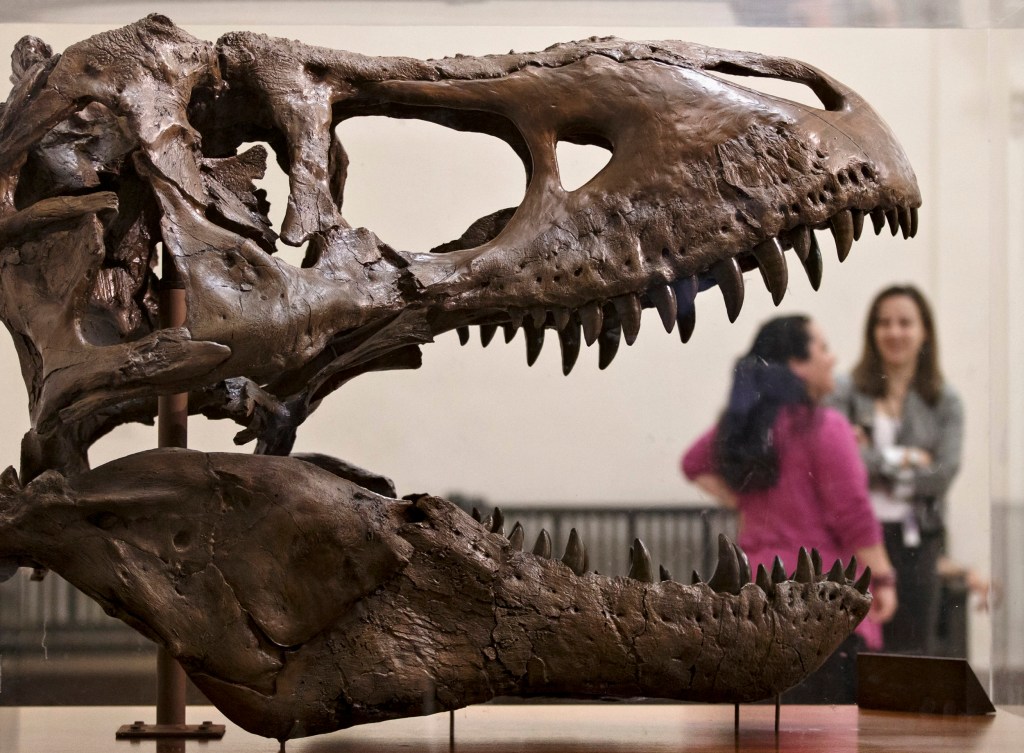 Some baby dinosaurs were lethal killers and ‘born ready’ to hunt, according to a new analysis of dinosaur remains.

Just-born dino offspring from a savage group of ancient predators, which include T-Rex, came fully toothed and clawed, and were the size of an average dog.

The terrifying conclusion comes from newly discovered baby fossils of the tyrannosaur species, which were the apex predators in North America and Asia during the end of the dinosaur age.

Consisting of a 3 centimetre-long, 77 million-year-old jaw fragment, unearthed in Montana, USA, and 72 million-year-old claw found in Alberta, Canada, the fossils appear to be from slightly smaller cousins of the Tyrannosaurus-rex, called Daspletosaurus and Albertosaurus.

Palaeontologists estimate that an adult T-Rex would have been more than 12 metres long and weighed upwards of seven tonnes.

The discovered fossils indicate that the dinosaur offspring were much bigger than any other known mammal babies, past or present.

Longer than a metre, or the size of a medium dog, the dinosaurs would have hatched from giant eggs, perhaps more than half a metre in length – that is almost 10 times longer than a chicken egg.

As well as giving hints to the size of the babies, the jaw bone also possesses distinctive tyrannosaur traits, like a prominent chin and a deep groove on the inside of the bone.

The scientists that made the analysis were surprised at how similar the embryonic skeletal fragments were to more developed fossil samples, and noted the baby jaws contained fully functional teeth.

‘So although we can’t get a complete picture, what we can see looks very similar to the adults,’ said University of Edinburgh paleontologist Greg Funston, lead author of the research.

Funston added that the baby dinosaurs appeared ‘born ready to hunt, already possessing some of the key adaptations that gave tyrannosaurs their powerful bites.’

‘It’s likely that they were capable of hunting fairly quickly after birth, but we need more fossils to tell exactly how fast that was.’