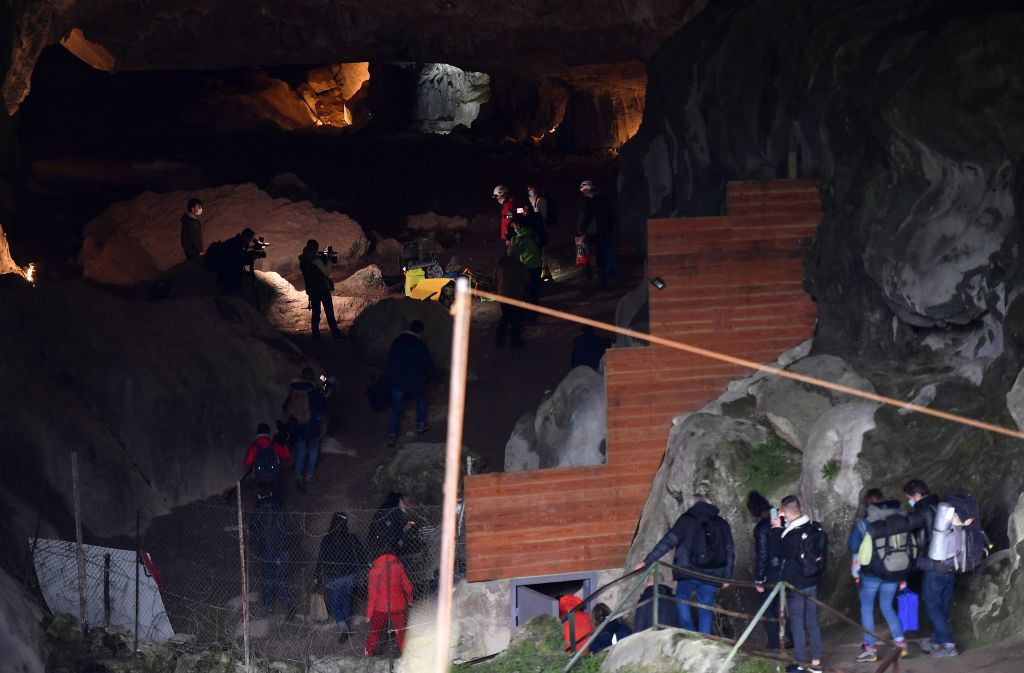 A team of 15 volunteers have been sealed in a French cave for 40 days, as part of a scientific experiment to understand ‘deep time’.

The willing participants, made up of eight men and seven women from a variety of backgrounds, signed up to investigate the effect that losing track of time has on the human body, in a project called Deep Time.

The Lombrives cave in Ariège, France, has zero light and the volunteers will have no access to phones, watches or any way to keep track of time from the outside world.

The group claims it is seeking to ‘learn the links between our brains and time, as well as with the capacity of functional synchronisation within a group’.

‘Losing time is the greatest disorientation there is,’ the group’s website continues.

‘It is this aspect that the mission Deep Time wants to understand better.

‘Because to this day, we do not know how our cognitive system understands and manages this indefinite continuity, this environment where the succession of events and phenomena takes place, even beyond this variable that we could call the biological clock in chronobiology.’

The group entered the cave on March 15, and will remain ensconced for 40 days, until they exit on April 22.

While the volunteers will be in total darkness, the group will have access to a pedal-driven dynamo to provide light in cases of emergency, as well as four tons of supplies to keep them going.

The group have been fitted with sensors so scientists outside can monitor how the subterranean inhabitants adapt to life underground. Measurements will also be recorded from the participants for a further two years after they exit the cave.

The mission was apparently inspired after group leader Christian Clot’s experience of isolation during the Covid-19 pandemic, as well by fellow Frenchman Michel Siffre, who spent prolonged periods underground in a series of famous experiments in the 1970s.

Siffre found the body’s circadian rhythms can vary in duration when cut off from natural light.

But Clot has also attracted criticism in French media, after calling himself a ‘researcher’ despite a lack of formal scientific training.

The group hope to make scientific discoveries that could assist future space missions, submarine crew and mining crews, or any environment in which humans have to spend prolonged periods in enclosed spaces.

‘Until now, all missions of this type focused on the study of the physiological rhythms of the body, but never on the impact of this type of temporal rupture on the cognitive and emotional functions of the human being.’