Do women still need their own awards? 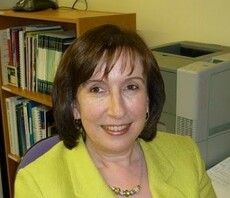 With the Women in Technology Awards now in their fifth year, Computing examines the rationale behind recognising women in this way, and speaks to Jane Deal, IT director at the Law Society and a judge at this year's awards

The Women in Technology Excellence Awards are in their fifth year, and nominations are now open for women in categories ranging from Innovator of the Year, CIO of the year and Software Engineer of the Year. In previous years, women working in technology at different stages of their careers have got together to share their stories, celebrate success and inspire others.

Some men and women wonder why, in an era of increasing equality, women's only events still exist. Do they not risk isolating women in technology by treating them as separate from the mainstream? Given that the objective is supposed to be equality - what's equal about a women's only event?

The clue here is in the first part of the question. The goal is gender parity - and a truly level playing field in technology - but right now, we're nowhere near and the pace of progress is glacial. In 2010 women made up 15.7 per cent of ICT professionals. In a decade that proportion has leapt to…..17 per cent. At a rate of approximately one per cent per decade, women can expect to achieve full gender parity in technology by around the year 2350. It may take longer at board level.

Celebrating the achievements of women in technology may seem a very small gesture when one looks at just how much of a hill, women still have to climb in the sector. Jane Deal, IT Director at The Law Society, now on the judging panel of the Women in Technology Excellence Awards for a second year, admits that it took her time to come to see the value of women in technology events, and also that a positive focus to the event is important to her.

"Earlier in my career, it had never occurred to me to think of myself as a woman in technology. I've always thought of myself as the role I carry out, and whether I do it well. I found it disempowering to focus on the negatives rather than just go out there and be an IT director in the space I was entitled to be in."

So, less focus on the hill, more on the individual path. However, once Jane became aware of the gender disparity within the technology sector, she found it difficult to unsee.

"At the next conference I went to and I looked around the room and I thought, actually there are only five women in here. Out of about 150 delegates. It never occurred to me to think of that before. So then I did go to a women's conference. And the content I found very good because the focus was on the professional things that we should be talking about, the things that put us on the front foot when we're having these conversations elsewhere. We're having the debates about the important issues and recognising each other in that space which I think is the critical thing for me. It was about giving each other the space to have those discussions, all about serious topics. It wasn't about how we were feeling or about how we were treated and all the negatives. It was all about how are we going to achieve this? All very positive and I thought it was a really good conference."

"I was at a leadership forum recently and joined in two round tables - one was predominantly male, and one was all women. The all women table had the most valuable outputs and most useful insights. I think some of these events generally are in a bit of a rut. They keep regurgitating the same things and not actually moving onwards, whereas I think the women's ones tend to be more dynamic."

This dynamism is one of the many benefits of a more diverse workforce. Organisations which are diverse - and inclusive - up to the highest levels, report not just better employee engagement, wellbeing and retention but also a sharpened competitive edge. Socially diverse and inclusive companies tend to innovate more effectively and more productively than their more homogenous competitors. They value and attract talent from the widest pool. Jane Deal at The Law Society underlines this point.

"We've recruited a female Infrastructure Manager, IT Security Manager and are about to onboard a female Senior Infrastructure Engineer. I'm lucky to be part of a leadership team where the split is 50/50 men to women, and our new President is woman of colour."

Whilst few would argue against the vision of greater diversity (at least not in public), it remains just that in a majority of organisations. This is why identifying some truly exceptional women who can act as role models and mentors for women in earlier stages of their careers or still in education is so important if we want to attract women to technology in greater numbers.

Women in Technology awards also serve as fantastic opportunity to meet like-minded souls, often from very different backgrounds and working in very different types of organisations. Last years winners came from organisations as diverse as banking and financial services, technology start-ups and specialists, health, education, charities and professional services. As well as generating a great deal of positive energy and mutual appreciation, the awards also provide an opportunity to build all important networks and a more diverse future.