Beyond the Spark #8 – Adam Hildreth, CEO and founder, Crisp: ‘AI is fast and cost-effective, but it needs humans in the background’ 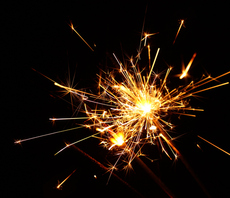 Adam Hildreth, CEO and founder of online safety and reputational defence firm Crisp takes the 'Beyond the Spark' hotseat and discusses his organisation's journey from an idea born out of the first company he founded with a group of friends at the age of fourteen

Beyond the Spark is a podcast from Computing where we speak to the founders of some of the world's most exciting and fastest growing companies.

Every startup is born from blood, sweat and tears, replete with extreme highs and lows and a constant stream of new threats and opportunities. Beyond the Spark aims to capture that drama, and find out what separates the companies and people that go on to find real success. What did they do differently, and what would even they change if they could go back?

Beyond the Spark was originally called 'The Spark'. We added 'Beyond' to emphasise the point that we're focusing on those firms who have escaped the startup phase and are into scale-up, rapid growth territory? What separates those firms from the also-rans?

In this episode Stuart Sumner speaks to Adam Hildreth, CEO and founder of online safety and reputational defence firm Crisp. They discuss Crisp's genesis in the first organisation Hildreth founded with his friends when he was 14, and its eventual evolution. They also cover the UK environment as an incubator for startups, and what more the government should be doing to encourage growth.

Beyond the Spark is available on iTunes, Spotify and Stitcher