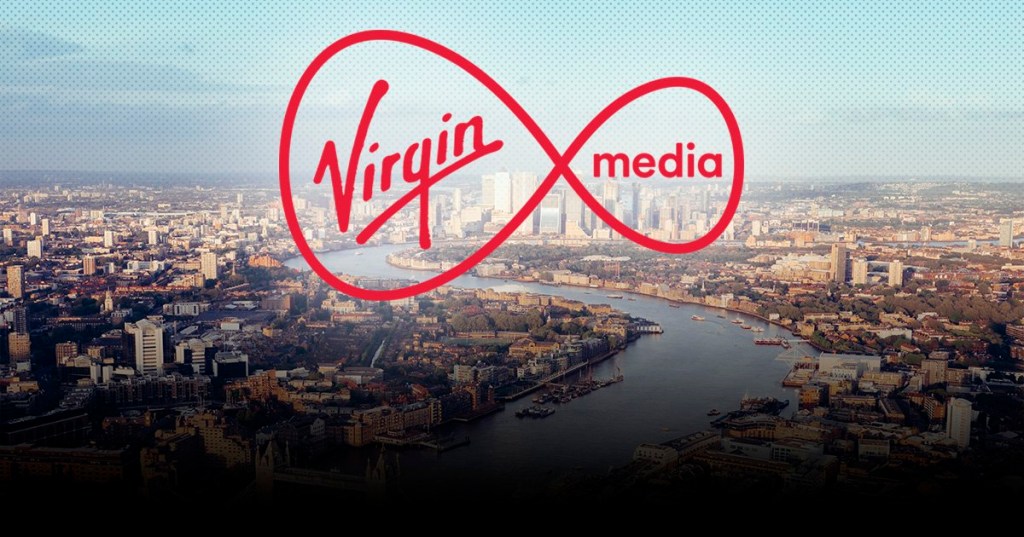 The firm says its next-generation connectivity is capable of delivering speeds 17 times faster than the national average of of 1,104Mbps, meaning a 4K films or very large files can be downloaded near instantaneously.

It takes the firm’s total gigabit footprint to 6.8 million homes across the UK, representing 45% of its network.

The development will come as some relief to the Government, with Boris Johnson’s ambitious 2019 election pledge to bring full-fibre and gigabit-capable broadband to every home and business across the UK by 2025.

Mayor of London Sadiq Khan welcomed the announcement, saying: ‘The rollout of ultrafast broadband is vital for London’s future: it will create jobs, stimulate growth and give a much-needed boost to businesses at a crucial time.

‘As Mayor I’m proud we’re making real progress on London’s worst ‘not-spots’ – including getting mobile coverage on the Underground, starting with the Jubilee Line.

Virgin Media intends to make its gigabit offering available across its entire network of more than 15 million homes by the end of 2021.

Lutz Schuler, chief executive of Virgin Media, said: ‘It has never been clearer that our services play a vital role in supporting people’s everyday lives and powering the economy. The nation needs next-generation connectivity and we’re delivering.

‘Our ambitious target will see us roll-out gigabit speeds across our entire network of more than 15 million homes by the end of next year. We’re on track to deliver that promise with homes in London and Northern Ireland the latest to gain access to blisteringly-fast Gig1 services.’