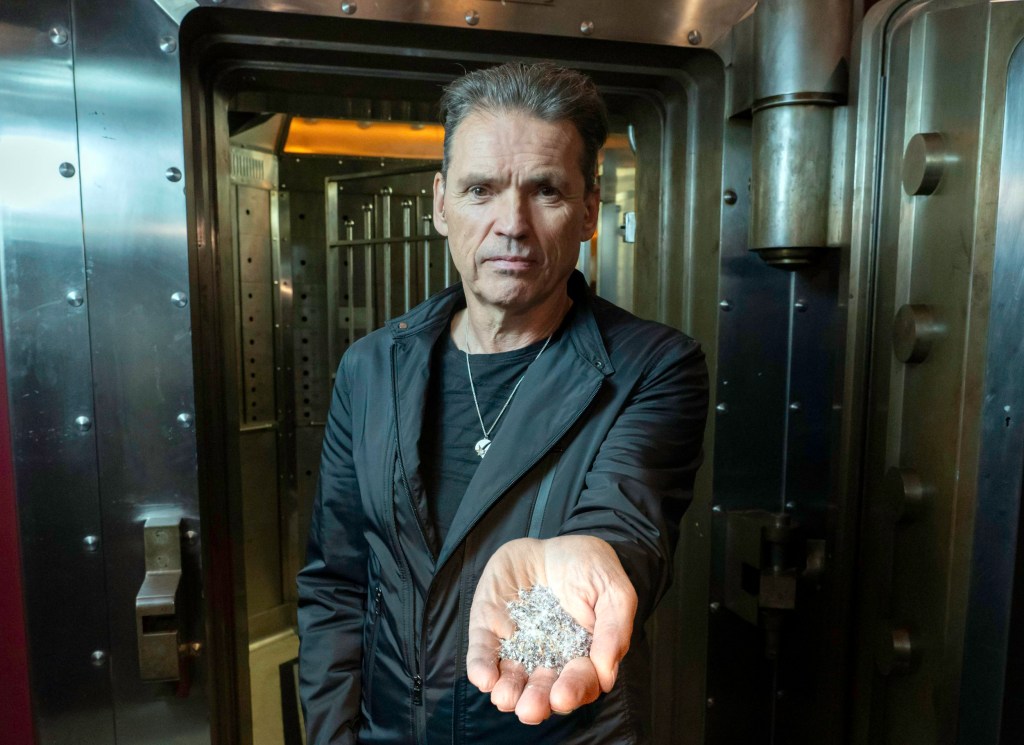 Diamonds are not only a girl’s best friend – they may have found new love from the environment too.

Eco-friendly diamonds made from carbon sucked out of the air have been created in the UK.

The team behind the project claim it is the world’s first zero-impact diamond, using a sky mining facility to extract carbon from the atmosphere, with wind and sun providing the energy, as well as using rain water.

Environmentalist Dale Vince – founder of green energy firm Ecotricity and chairman of Forest Green Rovers football club – developed the Sky Diamond in Stroud, Gloucestershire, which is being dubbed ‘bling without the sting’.

Creators see the process as a way to challenge traditional diamond mining which causes damage to the planet.

It took the team more than five years to get the technique right, ensuring they are physically and chemically identical to Earth-mined diamonds.

The diamonds – certified by the International Gemological Institute – take a couple of weeks to be made.

‘The entire ingredient list comes from the sky and it’s not just low or zero carbon, it’s actually negative carbon in that respect, because we’re locking up atmospheric carbon into a very permanent form of carbon, the diamond,’ Mr Vince told the PA news agency.

‘We no longer need to dig these enormous holes in the ground – they’re visible from space, some of them. We don’t need to do that to get diamonds, we can just make them from the sky in an entirely benign process.’

‘We see this as 21st century technology, the exact kind of thing we need to be doing to fight the climate and other sustainability crises, but also enable us to carry on living the way that we’re used to living and want to live.’

The diamonds will be available to pre-order for collaborations from early next year.

PrevPreviousHow to get Halloween-themed backgrounds on Zoom
NextSharks hold the key to saving the planet, research findsNext

The Arecibo Observatory is seen collapsed after one of the main cables holding the structure broke in Arecibo, Puerto Rico, on December 1, 2020. (Photo
Read More »
2 December 2020 No Comments

Apple’s most-downloaded apps of 2020 are obviously pandemic related (Apple) Zoom, Microsoft Teams and the NHS Covid-19 app were among the most popular downloads from
Read More »
2 December 2020 No Comments