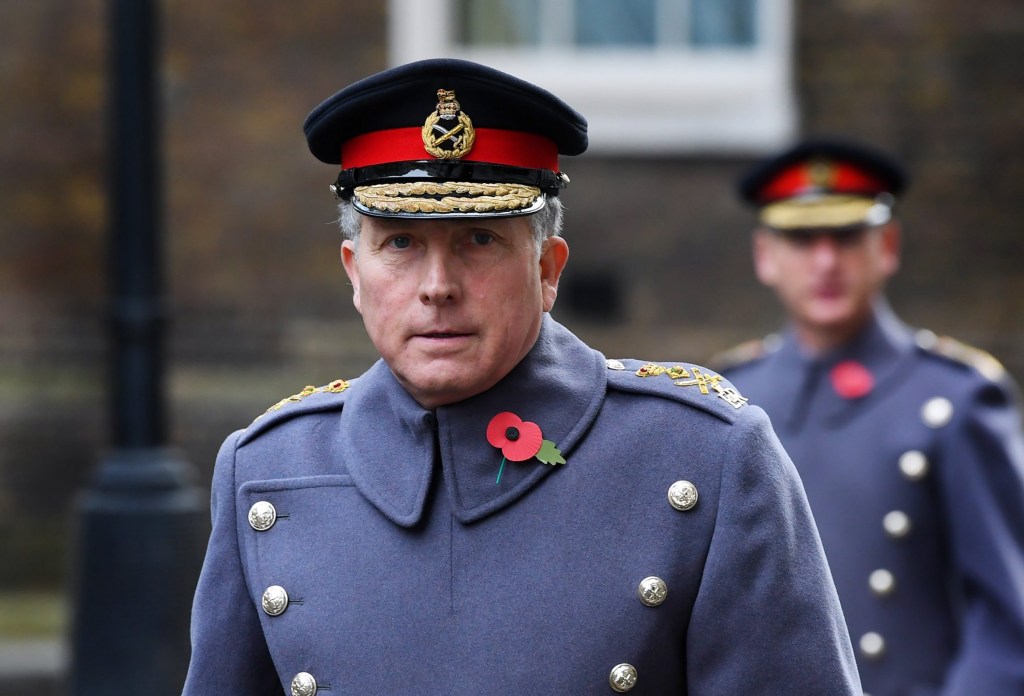 That’s according to the head of the armed forces, General Sir Nick Carter, who spoke to Sky News during Remembrance Sunday.

He suggested that ‘an armed forces that’s designed for the 2030s’ may include things like autonomous or remotely-controlled machines capable of fighting alongside humans.

Plans had been underway for a five-year defence review that would include a significant investment into robot warfare. However, the future of the review has been put into doubt after Rishi Sunak postponed the cross-government spending review last month.

Carter confirmed that the negotiations with Downing St and the Treasury were ‘going on in a very constructive way.’

‘Modernisation essentially means you are going to park some capabilities, perhaps from the industrial age, and want to look forward to some of the capabilities you need for an information age.’

At present, the Ministry of Defence policy is that only a human can fire a weapon. But the Army has struggled with recruitment for several years and it may be the case that in decades to come, technology is needed to plug the gap left by human soldiers.