This guy has been collecting phones for 20 years 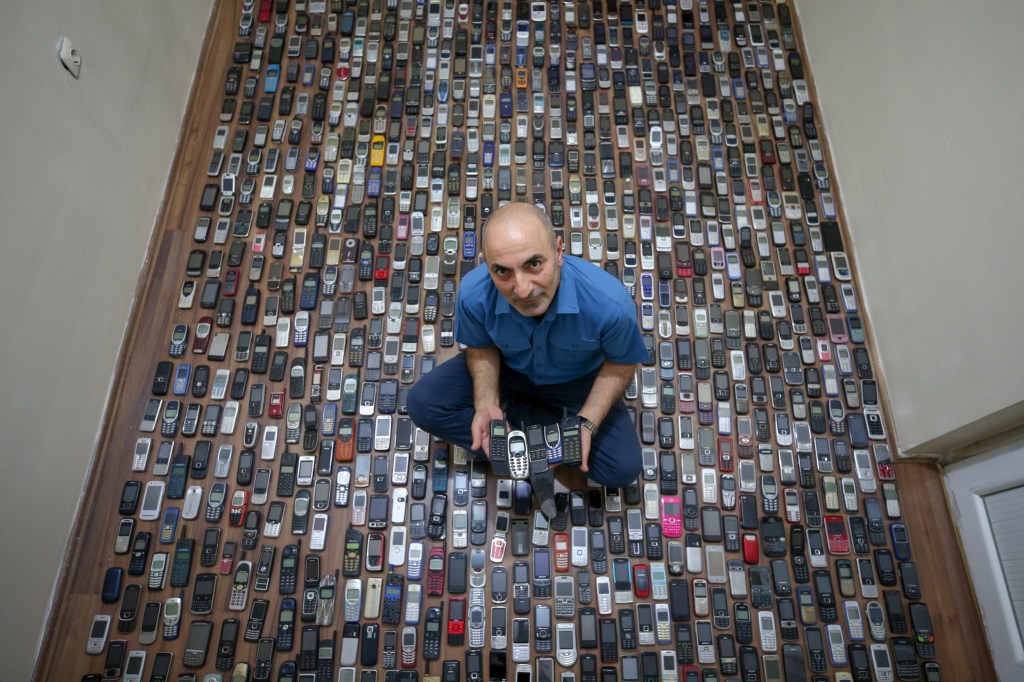 Sahabettin Özçelik has probably got the largest collection of mobile phones you’ve ever laid eyes on.

Starting out as a repairer two decades ago, he has amassed a collection of over 1,000 phones. Almost all of them are from the days before smartphones, when you actually had to push a button rather than the screen to call someone.

Özçelik lives in Van, an eastern province of Turkey, and continues to collect phones even as he repairs them.

His collection used to be even larger, but thieves broke into his house and stole 700 of them two years ago.

Even so, he has managed to fill a room with the technological artifacts.

‘I started doing this job because of my interest in cellphones. One day, I decided to start a collection, thinking they would be outdated soon. All phones in my collection still work, but they are no longer manufactured,’ he told Anadolu Agency (AA) on Thursday.

His collection consists of both phones he has purchased and those discarded by their previous owners.

‘They are all rare models and very valuable. Some buyers approached me and wanted to buy some, but I did not sell.

‘It is a difficult job to keep them maintained, but I want to keep them in the best condition as much as I can,’ he said.