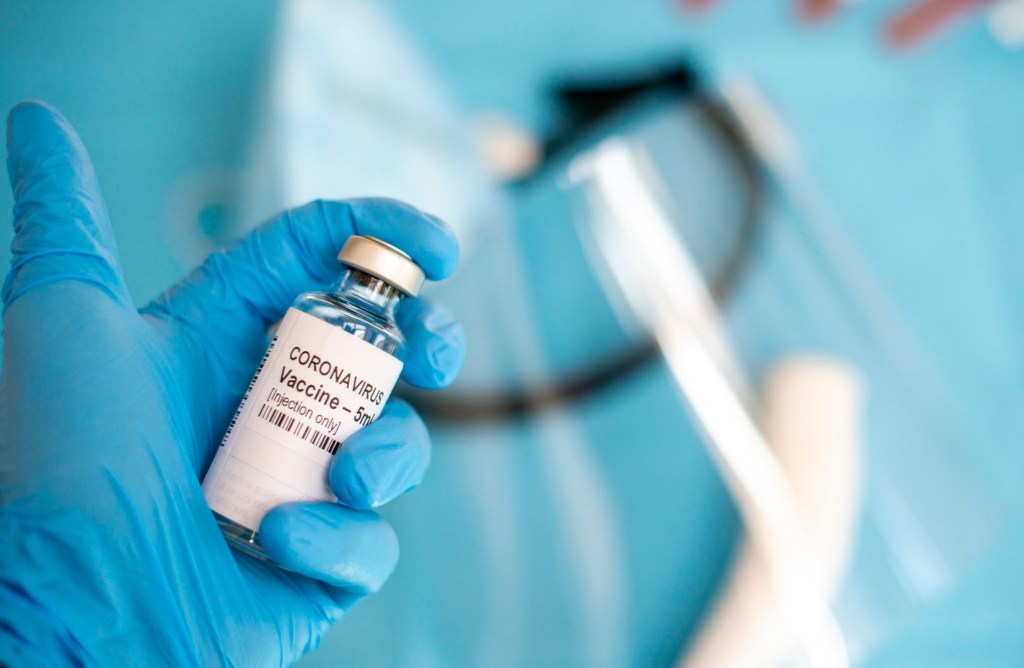 Tens of millions of people will refuse to be vaccinated against Covid-19, according to new research.

An international survey found almost three in 10 are reluctant to receive a future jab – potentially stalling its success.

It involved 13,426 participants in 19 countries hit hard by the pandemic, including Britain.

Around 700 people in each country were asked if they would take a Covid-19 vaccine if it is proven safe and effective.

In the UK, less than three out of four people (71 percent) said they would – just below the average.

The British, US and Spanish scientists called for urgent action to improve public trust in immunisation.

Even before the crisis, the World Health Organisation declared vaccination hesitancy one of the Top 10 threats to global health in 2019.

At that time, the world saw spikes in vaccine-preventable diseases. Global uptake rates for the measles, mumps and rubella vaccine slipped by 10 per cent.

In reference to the coronavirus, the WHO’s director of immunisation Katherine O’Brien said: ‘We don’t have a vaccine yet and already there is an anti-vaccination voice on it.’

Now the first study of its kind, published in prestigious British journal Nature Medicine, has backed her fears.

When extrapolated across whole populations it would amount to tens of millions not being vaccinated, he explained.

With few effective treatments and no cure, companies and governments are in a race against time to develop effective medications.

But there is increasing concern ‘vaccine hesitancy’ is on the rise, with misinformation and mistrust colouring people’s acceptance of scientific advances.

Co author Prof Heidi Larson, who runs the Vaccine Confidence Project at the London School of Hygiene and Tropical Medicine, said: ‘These findings should be a call to action for the international health community.

‘If we do not start building vaccine literacy and restoring public trust in science today, we cannot hope to contain this pandemic.’

The research found those who had least faith in their governments were most prone to turning down a vaccine. It applied even to those who had been struck down.

In China, almost nine in ten (87%) respondents said they would take ‘a proven, safe and effective vaccine’ – the highest number of all.

Prof Lazarus said: ‘We found the problem of vaccine hesitancy is strongly related with a lack of trust in government.’

When asked if they would accept an approved, safe vaccine recommended ‘by your employer’ only 32 percent of respondents completely agreed.

The study launched at the virtual Union World Conference on Lung Health found greater acceptance of vaccines among higher earners.

Older people were also more likely to accept a vaccine than those under 22.

Scientists involved in vaccine development are to appear in a series of videos on social media to help raise public confidence in their work.

The researchers and clinicians in the UK, USA, South Africa, India and Brazil will be posting under the hashtag #TeamHalo — a reference to the circle of global scientific endeavour — on TikTok, Twitter and Instagram.

A previous study in the Royal Society’s Open Science journal found up to a third of people in some countries may believe coronavirus misinformation and in turn be less open to immunisation.

Another by Cornell University, New York, found Donald Trump was the world’s biggest driver of Covid-19 misinformation, because of his promotion of what the researchers termed ‘miracle cures’.