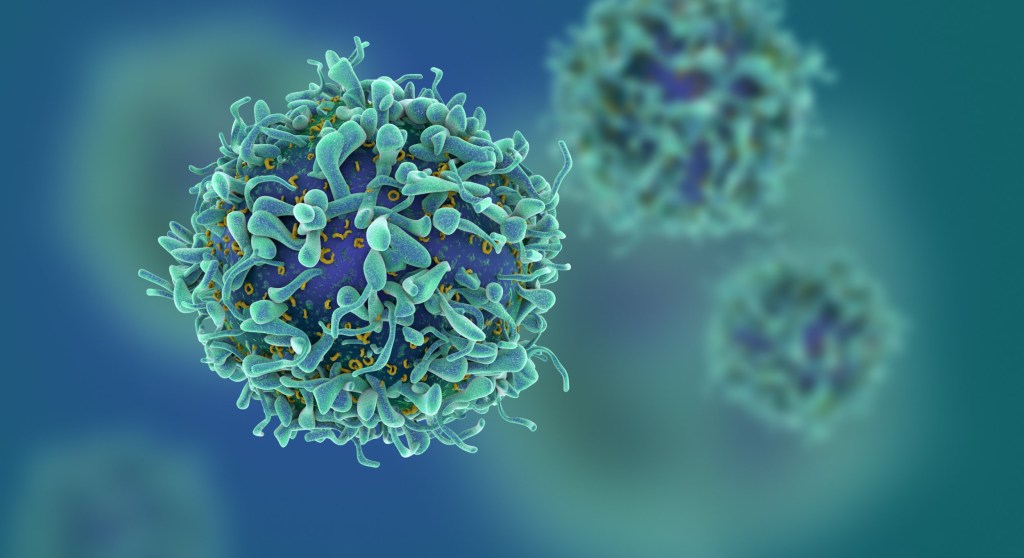 People infected with Covid-19 retain raised levels of T-cells for up to six months, according to a new study.

These cells form an immunity response in the form of a back-up to antibodies that fight the infection.

It’s not yet clear if these increased T-cell numbers are enough to fight off a second full infection, but researchers called the finding ‘encouraging.’

The study was carried out by researchers from Public Health England and the UK Coronavirus Immunity Consortium.

‘It’s reassuring that evidence of immunity remains after this time,’ said Professor Paul Moss from the University of Birmingham, who led the Consortium.

‘But one can’t translate this into protective immunity passports in any way. It does not mean these people are protected.’

To arrive at the conclusion, researchers took blood every month from 100 people that had confirmed Covid-19 infections in March and April. After six months, all had the CD4 and CD8 T-cells responsible for killing the infected cells.

The study has not yet been peer-reviewed, but it also suggested that patients who had Covid-19 symptoms had T-cell levels 50% higher than those who were asymptomatic.

The research team said these findings are ‘just one piece of the puzzle’ on overall immunity and there is still a lot to learn.

‘We now need more research to find out if symptomatic individuals are better protected against re-infection in the future,’ Prof Moss said.

Prof Arne Akbar, president of the British Society for Immunology, called the study ‘a step forward in our understanding of immunity against SARS-CoV-2’.

‘By analysing the contribution of T-cells to immunity after infection, we are moving closer to discerning a clearer picture of the complex question of individual protection after infection,’ he said.