Spellbinding shots follow the ISS crossing the face of the sun 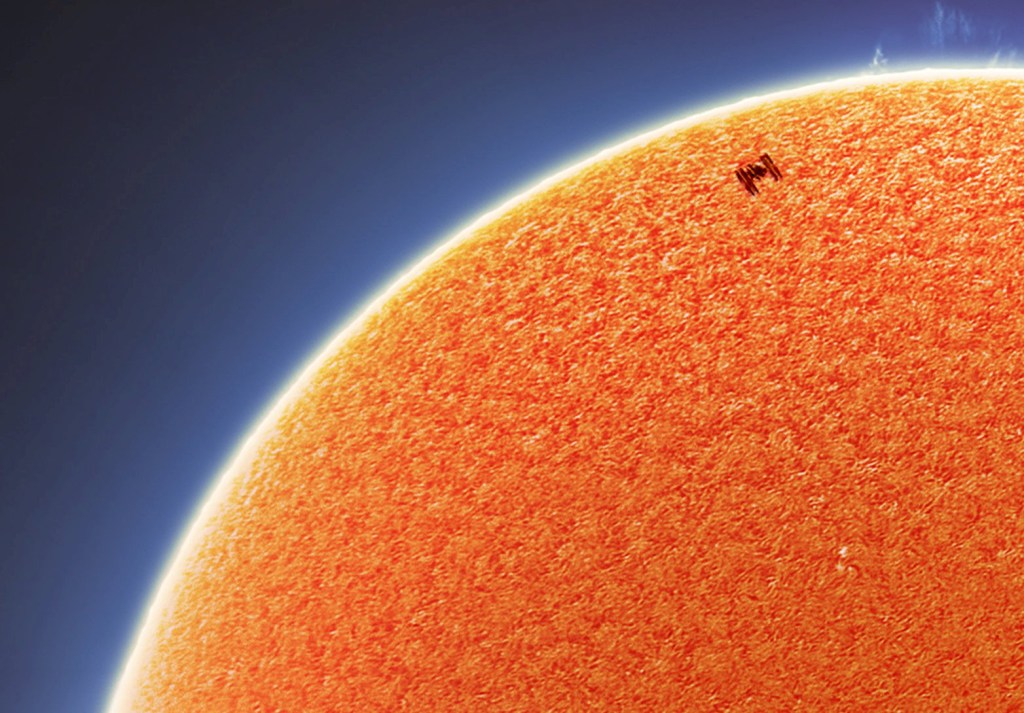 These incredible photos capture the clearest images ever taken of the International Space Station (ISS) moving in front of both the moon and the sun.

The photos, taken within days of one another, were captured in the space of less than a second, as the space station could be clearly seen zooming across against the bright backdrops of both moon and sun.

Photographer Andrew McCarthy, from California, USA, said the photo of the ISS in front of the sun, in broad daylight, was ‘one of my trickiest shots ever’.

Sharing the photo on his Instagram page, @cosmic_background, Andrew wrote: ‘For less than a second, the sun aligned with the ISS and my backyard.

‘This shot is the result of planning, timing, and equipment.’

‘I used two telescopes with cameras, one with a white light filter for ISS detail, and a solar telescope for surface details.

‘I managed to freeze a moment in time when the station was near some interesting prominences, and then aligned and blended the final images to get the perfect composition.’

And just days later, Andrew was lucky enough to spot the ISS again – this time, streaking across a tiny crescent moon in the night sky.

He wrote on Instagram: ‘It doesn’t get much cooler than this.

‘I spent hours scouting for the right location, hoping to capture something I’ve never seen before – the ISS transiting a razor-thin crescent moon.’

‘Something about the way the illuminated ISS straddles the crescent gives it a sense of depth I had not yet been able to capture in my previous transit shots.’