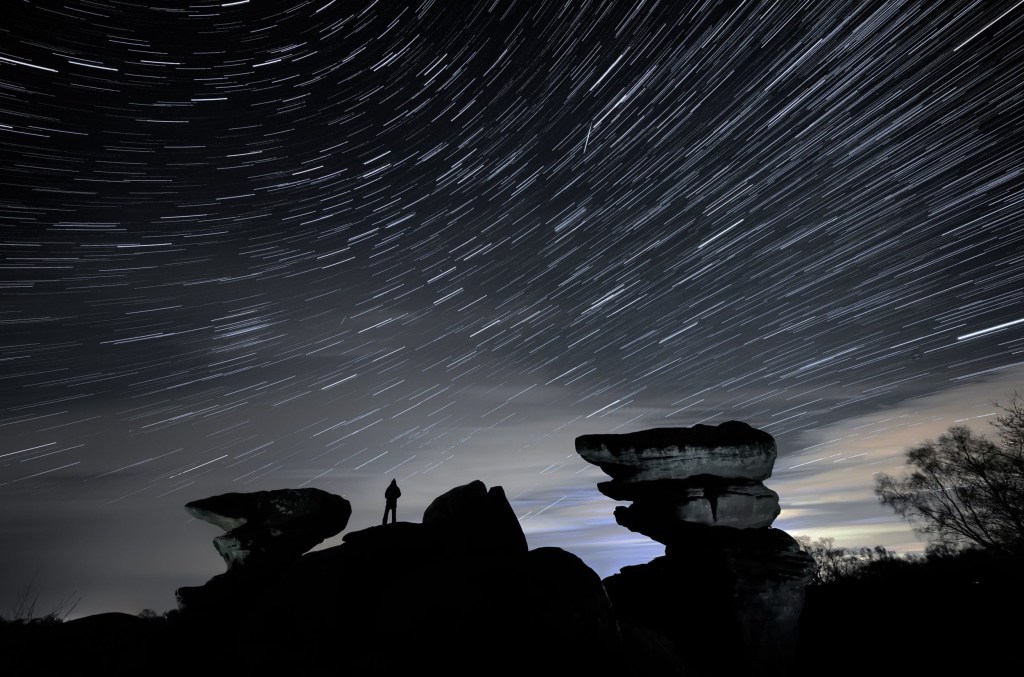 Skygazers were treated to a celestial spectacle of shooting stars on Sunday night as a meteor shower visible across the UK took place.

Areas lucky enough to be clear of cloud were able to catch a glimpse of the Geminids meteor shower during its peak on Sunday night and into the early hours of Monday.

The Geminid meteor shower takes place every December and is regarded as one of the most reliable of the year, with as many as 70 an hour.

Anyone who missed the event may still have a chance even though the peak has passed, as showers are expected to continue shooting through the skies until December 17.

The Geminids originate from a rocky asteroid called 3200 Phaethon which has a comet-like orbit. They were first observed in 1862.

The meteors, small pieces of interplanetary debris, appear to radiate from near the bright star Castor in the constellation Gemini.

Friction with the upper atmosphere heats up the incoming debris, causing the air around them to glow brightly.

This leads to streaks of light that are also known as shooting stars.