Scientist beautifully explains what the early universe sounded like 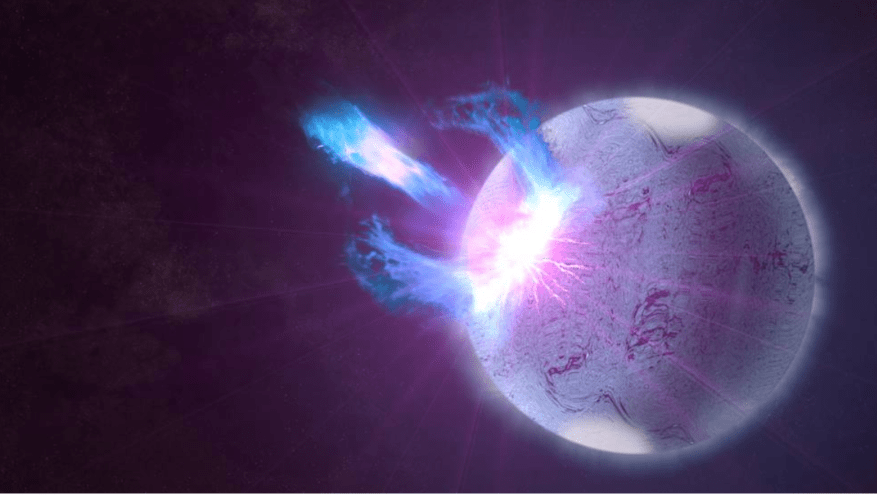 Scientists at the Massachusetts Institute of Technology (MIT) have been able to recreate the sound of the early universe in a lab.

The intriguing noise, which you can hear in the clip from Radio 4’s Today programme above, is known as ‘perfect fluid’.

It’s the product of sound waves sent through a carefully controlled gas of elementary particles. The idea is to get sound flowing with the smallest amount of friction allowed by the laws of quantum mechanics.

These conditions are believed to exist in the corse of neutron stars and the soupy plasma that existed in the early universe.

‘It’s quite difficult to listen to a neutron star,’ says Martin Zwierlein, the Thomas A. Franck Professor of Physics at MIT. ‘But now you could mimic it in a lab using atoms, shake that atomic soup and listen to it, and know how a neutron star would sound.’

Professor Zwierlein appeared on the Today programme to explain more about the experiment and explains the process so beautifully, we could listen to him talk all day.

‘The quality of the resonances tells me about the fluid’s viscosity, or sound diffusivity,’ Zwierlein explains.

‘If a fluid has low viscosity, it can build up a very strong sound wave and be very loud, if hit at just the right frequency. If it’s a very viscous fluid, then it doesn’t have any good resonances.’

Zwierlein says in addition to using the results to estimate quantum friction in more exotic matter, such as neutron stars, the results can be helpful in understanding how certain materials might be made to exhibit perfect, superconducting flow.

‘This work connects directly to resistance in materials,’ Zwierlein says.

‘Having figured out what’s the lowest resistance you could have from a gas tells us what can happen with electrons in materials, and how one might make materials where electrons could flow in a perfect way. That’s exciting.’