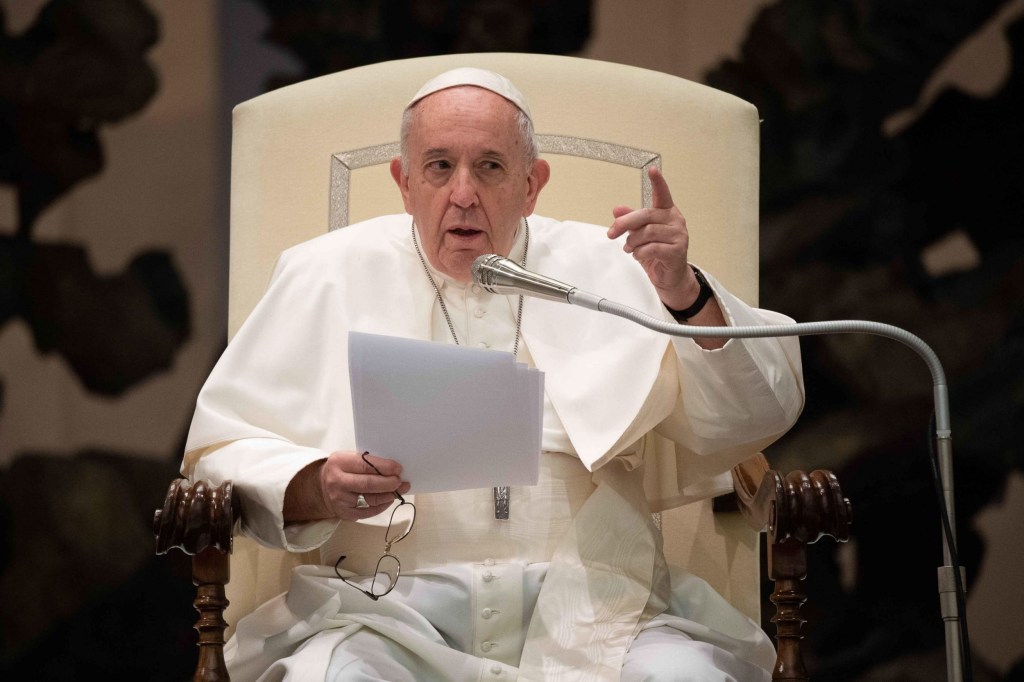 His Holiness has asked people around the world to pray that artificial intelligence (AI) and robots always remain subservient to mankind.

Pope Francis explained his fear that robots could further increase the inequality he sees in the world.

The call comes through one of the pope’s monthly prayer intentions that are regularly shared on YouTube.

In his message, the pope says that AI is ‘at the heart of the epochal change we are experiencing’ and that robots have the power to change the world for the better.

He cautions this will only be possible if they’re used correctly.

‘Indeed, if technological progress increases inequalities, it is not true progress. Future advances should be orientated towards respecting the dignity of the person,’ he said.

It’s fair to say that Pope Francis knows what life was like before the current tech revolution.

There was no television when he was a child and his family made a point of not listening to the radio, he has previously told thousands of attendants in St Peter’s Square.

Many other tech luminaries have warned about the dangers of AI, but we remain popeful they can be a force for good.