sign up
Home ⁄ Astronomy ⁄ ‘Planet-hunter’ telescope will chart 1,000 worlds outside the Milky Way

‘Planet-hunter’ telescope will chart 1,000 worlds outside the Milky Way 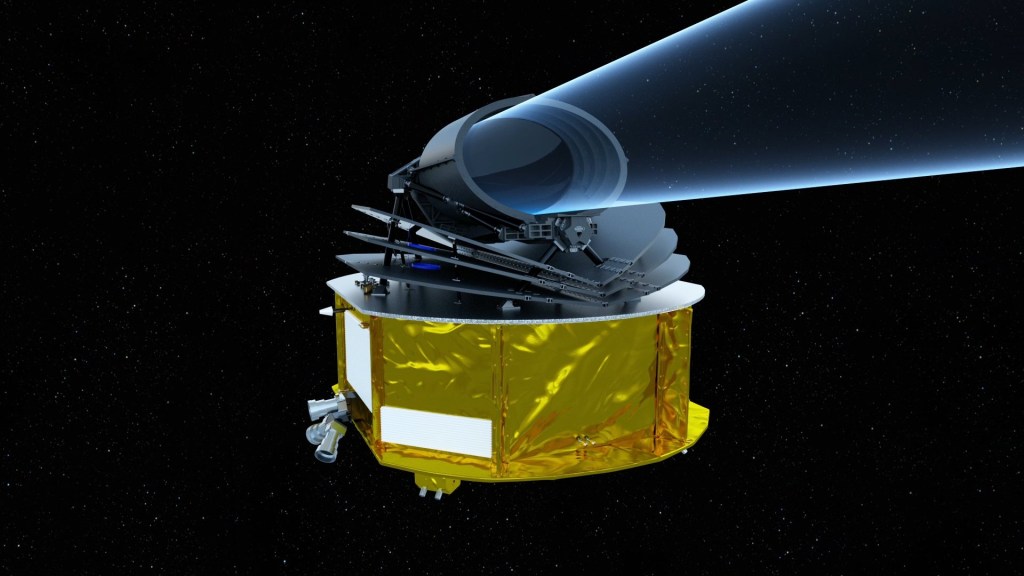 The European Space Agency (ESA) has given the green light to the world’s first space telescope – dubbed the planet hunter – to study the atmospheres of planets outside our solar system.

The telescope’s mission is to look at the links between a planet’s chemistry and its environment by charting approximately 1,000 known planets outside our own solar system: known as exoplanets.

The information will provide scientists with a full picture of what exoplanets are made of, how they were formed and how they will evolve.

The Atmospheric Remote-sensing Infrared Exoplanet Large-survey (Ariel) has undergone a rigorous review process throughout 2020 and is now due for launch in 2029.

With funding from the UK Space Agency (UKSA), UK research institutions – including UCL, Cardiff University and the University of Oxford – are playing a critical role in the mission by providing leadership, contributing expertise, vital hardware and software, and shaping its goals.

Once in orbit, Ariel will rapidly share its data with the general public, inviting space enthusiasts and budding astronomers to use the data to help select targets and characterise stars.

The spectrographs aboard the observatory will study the light that filters through a planet’s atmosphere as it passes across the face of its host star, revealing chemical fingerprints of gases that shroud the body.

The instruments will also try to refine estimates of a planet’s temperature.

Ariel will be able to detect signs of well-known ingredients in the planets’ atmospheres such as water vapour, carbon dioxide and methane.

For a select number of planets, it will also perform a deep survey of their cloud systems and study seasonal and daily atmospheric variations.

Professor Giovanna Tinetti, principal investigator for Ariel from UCL, said: ‘We are the first generation capable of studying planets around other stars.

‘Ariel will seize this unique opportunity and reveal the nature and history of hundreds of diverse worlds in our galaxy.

‘We can now embark on the next stage of our work to make this mission a reality.’

Some 4,374 worlds have been confirmed in 3,234 systems since the first exoplanet discoveries in the early 1990s.

This mission will focus on planets unlikely to host life as we know it – from extremely hot to temperate, from gaseous to rocky planets. It will also look at planets orbiting close to their parent stars and those of different masses, particularly ones that are heavier than a few Earth masses.

Science minister Amanda Solloway said: ‘Thanks to government funding, this ambitious, UK-led mission will mark the first large-scale study of planets outside the solar system and will enable our leading space scientists to answer critical questions on their formation and evolution.’

The Arecibo Observatory is seen collapsed after one of the main cables holding the structure broke in Arecibo, Puerto Rico, on December 1, 2020. (Photo
Read More »
2 December 2020 No Comments

Apple’s most-downloaded apps of 2020 are obviously pandemic related (Apple) Zoom, Microsoft Teams and the NHS Covid-19 app were among the most popular downloads from
Read More »
2 December 2020 No Comments