Oxford AstraZeneca Covid-19 vaccine: Who will get it, when and how? 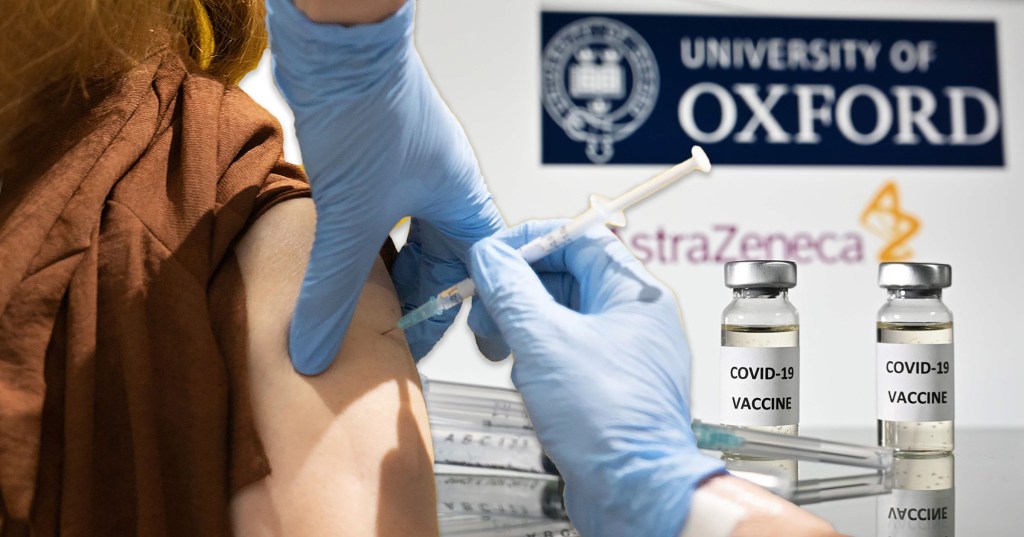 After months of waiting, the government has today announced the Covid-19 vaccine developed by the University of Oxford and AstraZeneca has been approved for use in the UK.

It gives the fight against the coronavirus pandemic a huge boost and immunisations using the vaccine are set to start next week.

With the Pfizer/BioNTech jab already being administered to the most vulnerable, what does this new development mean?

What’s in the pipeline for the UK?

The government has secured 100 million doses of the Oxford vaccine.

The initial doses of the Oxford jab are due to be dispatched from Germany, with a large proportion then manufactured in the UK.

Like the Pfizer/BioNTech vaccine, people will need two doses.

There will be four million doses available post authorisation and tens of millions of doses in the first quarter of next year.

A specific schedule is difficult to establish as batches need to be quality approved by the Medicines and Healthcare products Regulatory Agency (MHRA).

How will a vaccine be rolled out?

There is considerably less uncertainty over the rollout of the Oxford vaccine, with the scene having largely been set earlier in December with the Pfizer/BioNtech jab.

The Oxford vaccine can be stored at fridge temperature for at least six months so it is hoped the logistics of administering it will be easier.

Health Secretary Matt Hancock said the approval was ‘fantastic news’ and confirmed that the roll out would begin on January 4.

AstraZeneca said was building up a manufacturing capacity of up to 3 billion doses worldwide next year, and aims to supply the UK with millions of doses in the first quarter in 2021.

Now there are more vaccines, does this mean a wider range of people can be vaccinated?

All of the people at the top of the priority list created by the Joint Committee on Vaccination and Immunisation (JCVI) have not yet been vaccinated.

Therefore vaccinators will continue to work their way through the list.

It is hoped more people in care homes will be reached with the rollout of the Oxford AstraZeneca vaccine.

The JCVI’s guidance says the order of priority should be:

In the past it has taken years, sometimes decades, to produce a vaccine.

Traditionally, vaccine development includes various processes, including design and development stages followed by clinical trials – which in themselves need approval before they even begin.

But in the trials for a Covid-19 vaccine, things look slightly different. A process which usually takes years has been condensed to months.

While the early design and development stages look similar, the clinical trial phases overlap, instead of taking place sequentially.

And pharmaceutical firms have begun manufacturing before final approval has been granted – taking on the risk that they may be forced to scrap their work.

The new way of working means that regulators around the world can start to look at scientific data earlier than they traditionally would do.

Is the Oxford vaccine being manufactured in the UK?

While there are some doses coming from Europe in the very first instance, the majority will be provided from the UK supply chain.

Aren’t there other vaccines?

Yes. As well as the Pfizer vaccine which has an efficacy of 95%, a number of other jabs the UK has secured doses of.

Oxford data indicates the vaccine has 62.1% efficacy when one full dose is given followed by another full dose, but when people were given a half dose followed by a full dose at least a month later, its efficacy rose to 90%.

The combined analysis from both dosing regimes resulted in an average efficacy of 70.4%.

Final results from the trials of Moderna’s vaccine suggest it has 94.1% efficacy, and 100% efficacy against severe Covid-19.

Which jab is best?

The early contenders all have high efficacy rates, but researchers say it is difficult to make direct comparisons because it is not yet known exactly what everyone is measuring in the trials.

How many doses has the UK secured?

The UK has secured access to 100 million doses of the AstraZeneca/Oxford University vaccine, which is almost enough for most of the population.

It also belatedly struck a deal for seven million doses of the jab on offer from Moderna in the US.

What do they cost?

Researchers suggest the Oxford vaccine could be relatively cheap to produce, with some reports indicating it could be about £3 per dose.

AstraZeneca said it will not sell it for a profit, so it can be available to all countries.

However, the details of the deals made by the UK Government have not been made public.

How do we know the vaccines are safe?

Researchers reported their trials do not suggest any significant safety concerns.

Will people get a choice about which vaccine they are given?

As things stand the vaccines will be rolled out as and when they become available.