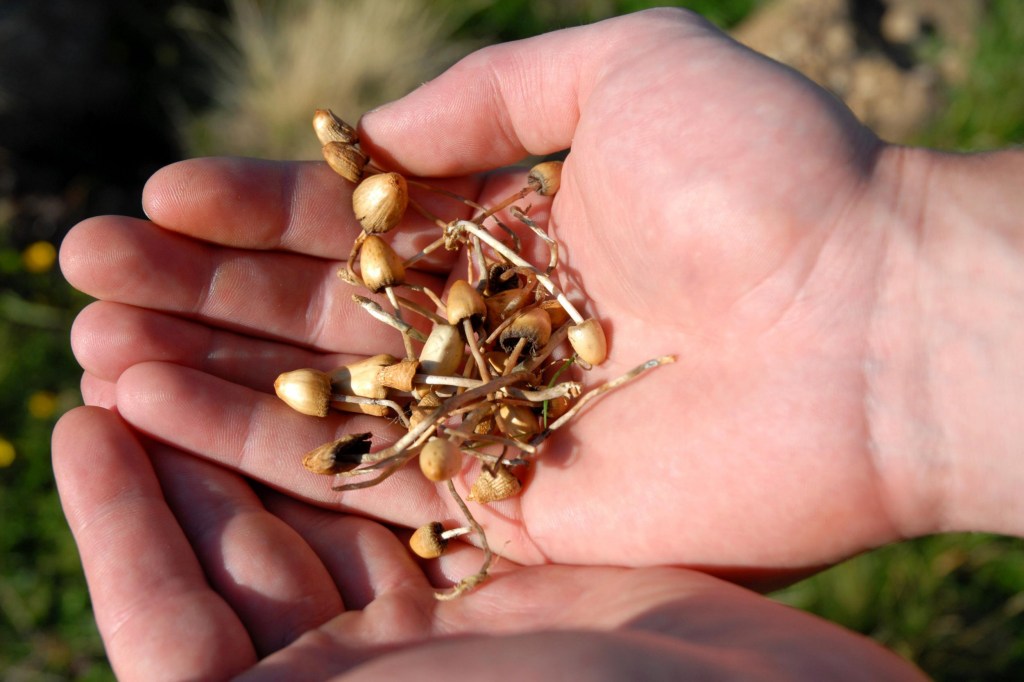 Specifically, the state decided to decriminalize psilocybin, the mind-altering compound found in ‘shrooms.

The state’s new ‘Measure 109’ allows legal access to psilocybin for mental health treatment in supervised settings. It was passed with 55.8% support and over two million votes cast, according to Oregon’s Secretary of State.

Supporters of the drug have pointed to studies showing it can help to treat trauma survivors.

When you consume psilocybin, our brains convert it to psilocin which attaches to the serotonin receptors to cause effects like heightened emotions and hallucinations.

Results can vary widely, depending on things like dosage, surrouindings and the person taking the drug, which is why Oregon is insisting on a controlled setting.

In 2016, researchers found the effects of taking psilocybin over the course of six months resulted in 60% to 80% of participants noting significant reductions in depression or anxiety.

In a recent follow-up study, more than 70% of participants said psilocybin-assisted therapy had brought about long-term positive life changes and rated it as among the most personally meaningful and spiritually significant experiences of their lives.

Lead researcher Stephen Ross said: ‘Adding to evidence dating back as early as the 1950s, our findings strongly suggest that psilocybin therapy is a promising means of improving the emotional, psychological, and spiritual well-being of patients with life-threatening cancer.

‘This approach has the potential to produce a paradigm shift in the psychological and existential care of patients with cancer, especially those with terminal illness.’

The effects of psilocybin are not fully understood, but researchers at New York University Grossman School of Medicine believe it may make the brain more flexible and receptive to new ideas and thought patterns.

Previous studies have suggested the drug targets a network of the brain known as the default mode network, which is activated when humans engage in self-reflection and mind wandering which helps in creating our sense of self.

PrevPreviousMillions of Android phones will stop displaying websites in 2021
NextUK defence boss says Army could have 30,000 robot soldiers by 2030sNext