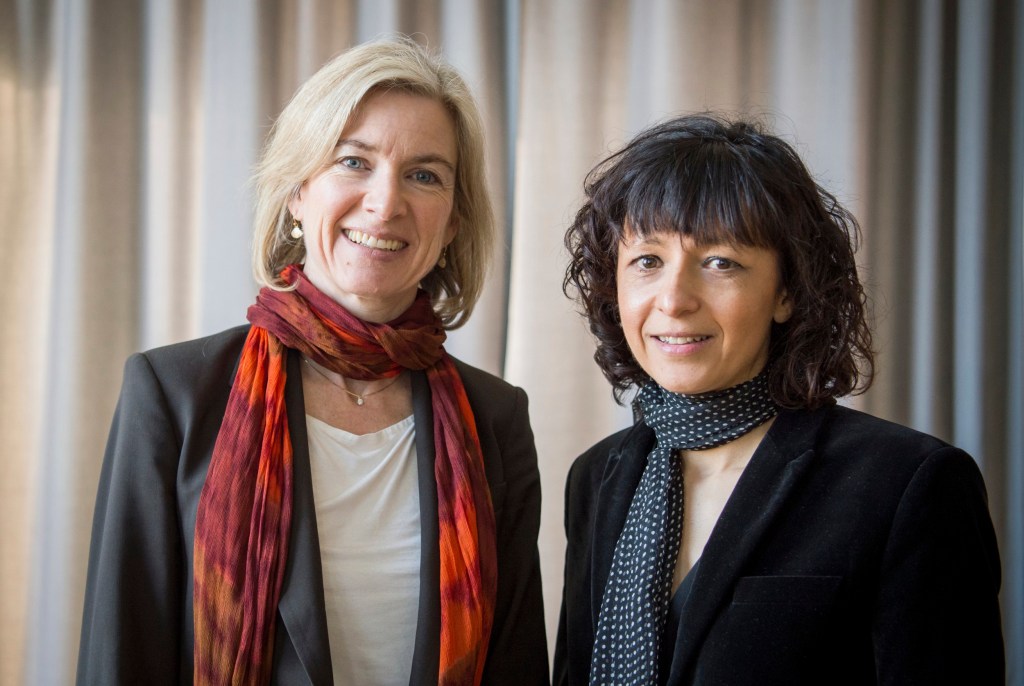 For the first time in history, two women have jointly been awarded the Nobel prize for chemistry.

It takes the total number of women who have won a Nobel prize up from five to seven.

French scientist Emmanuelle Charpentier and American Jennifer A Doudna developed a method of genome editing likened to ‘molecular scissors’ that offer the promise of one day curing genetic diseases.

The recipients were announced today, October 7 in Stockholm by Goran Hansson, secretary general of the Royal Swedish Academy of Sciences.

‘There is enormous power in this genetic tool, which affects us all,’ said Claes Gustafsson, chair of the Nobel Committee for Chemistry.

‘It has not only revolutionised basic science, but also resulted in innovative crops and will lead to ground-breaking new medical treatments.’

Prof Gustafsson said that as a result, any genome can now be edited ‘to fix genetic damage.’

Prof Gustafsson cautioned that the ‘enormous power of this technology means we have to use it with great care’ but that it ‘is equally clear that this is a technology, a method that will provide humankind with great opportunities.’

The prestigious award comes with a gold medal and prize money of 10 million krona (£868,000), courtesy of a bequest left more than a century ago by the prize’s creator, Swedish inventor Alfred Nobel.

The amount was increased recently to adjust for inflation.

‘I was very emotional, I have to say,’ Professor Charpentier told reporters by phone from Berlin after hearing of the award.

On Monday, the Nobel Committee awarded the prize for physiology and medicine to Americans Harvey J Alter and Charles M Rice and British-born scientist Michael Houghton for discovering the liver-ravaging hepatitis C virus.

Tuesday’s prize for physics went to Roger Penrose of Britain, Reinhard Genzel of Germany and Andrea Ghez of the United States for their breakthroughs in understanding the mysteries of cosmic black holes.

The other prizes are for outstanding work in the fields of literature, peace and economics.