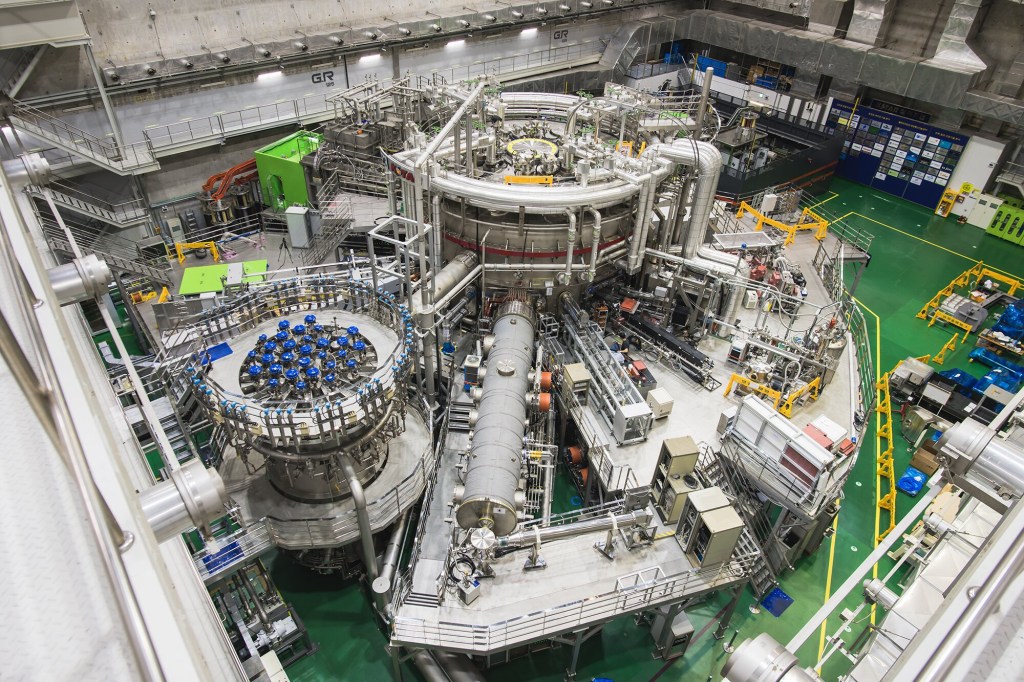 It might not seem like much, but it involved dealing with plasma energy at an ion temperature of over 100 million degrees Celsius.

To keep it stable and maintained for 20 seconds is a world record.

The Korea Institute of Fusion Energy (KFE) announced the joint research project with the Seoul National University (SNU) and Columbia University of the United States and is shooting for 300 seconds of operation by 2025.

The whole point of the exercise is to get to a place where the scientists can successfully maintain and harness nuclear fusion energy to provide electricity. To do so would pretty much solve the energy needs of humankind.

Director Si-Woo Yoon of the KSTAR Research Center at the KFE explained: ‘The technologies required for long operations of 100 million-plasma are the key to the realisation of fusion energy, and the KSTAR’s success in maintaining the high-temperature plasma for 20 seconds will be an important turning point in the race for securing the technologies for the long high-performance plasma operation, a critical component of a commercial nuclear fusion reactor in the future.

Yong-Su Na, professor at the department of Nuclear Engineering who has been jointly conducting the research, added: ‘The success of the KSTAR experiment in the long, high-temperature operation by overcoming some drawbacks of the ITB modes brings us a step closer to the development of technologies for realisation of nuclear fusion energy.’

Dr Young-Seok Park from Columbia University who contributed to the creation of the high temperature plasma said: ‘The 100 million-degree ion temperature achieved by enabling efficient core plasma heating for such a long duration demonstrated the unique capability of the superconducting KSTAR device, and will be acknowledged as a compelling basis for high performance, steady state fusion plasmas.’

Fusion power could be the answer to the world’s dependence on fossil fuels. Unfortunately, no fusion reactor has yet produced more power than it consumes. Moreover, the dangers involved in developing fusion power are pretty serious.

If the Korean ‘artificial sun’ can successfully build on its 20 second time, other fusion researchers could benefit from the increased knowledge.

‘We are going to continue with our challenge to realise nuclear fusion energy, which is a goal of the entire human race,’ the Korea Institute of Fusion Energy said.