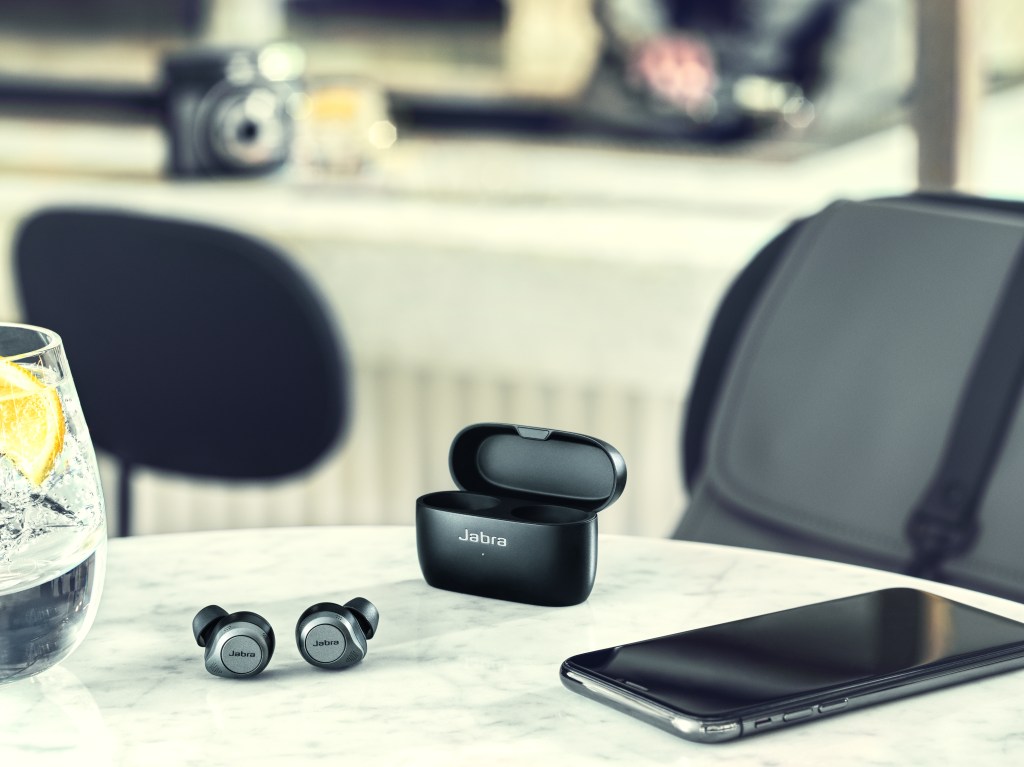 Jabra has announced the next iteration of its wireless earbuds series, the Jabra Elite 85t.

Taking over from the excellent 75t, the new headphones utilise adjustable active noise cancellation (ANC) for the first time.

Noise cancellation uses microphones to listen to the outside world and then adapt the output of the headphones to counter it. The Jabra 85t wireless earbuds will be able to toggle between full ANC, full transparency with ‘HearThrough mode’, and anywhere in between.

As a nice bonus, the company says it is also pushing out ANC to its previous earphones, the Jabra Elite 75t, as an over-the-air update.

‘The Jabra Elite 85t, comes with Jabra Advanced ANC TM which delivers a level of noise-cancelling that goes one step further than Jabra’s standard ANC offerings,’ Jabra said in a statement.

‘Dual chipset in the earbuds deliver strong ANC capability as well as optimal sound processing. These are some of the smallest earbuds that offer premium ANC to create your private, quite space and delivers HearThrough to let you hear your surroundings.’

There are 6 microphones on the tiny in-ear buds which will help to filter out environmental noise and pick up your voice when you’re using them for a voice call.

The company claims these new headphones will have a battery life of 5.5 hours on a single charge with an additional 25 hours from the charging case. Which, co-incidentally, is now capable of wireless charging with a Qi-certified charger.

Jabra has also adapted the ear gels to an oval shape providing a better sealing in the ear. This means the tower of the Elite 85t does not sit as deeply within the ear, giving users a more comfortable earbud, while maintaining a very secure fit.

René Svendsen-Tune, CEO at Jabra, said: ‘At Jabra we engineer products for purpose and today we are proud to show that our commitment to ANC is no exception. Users today are looking for great things in small packages, so we are thrilled to be offering our users best-in-class ANC in a very compact and sleek design.

‘We are also excited to take our current users on the ANC journey with us with a free upgrade to their existing Elite 75t products – leading the charge as the first global brand to execute this over-the-air update.’

The Jabra Elite 85t launches in one colourway (Titanium/Black) in November 2020 and a further four colourways (Gold/Beige, Copper/Black, Black and Grey) in January 2021. Pricing is set at £219.99 and if you’re interested you can find more information here.