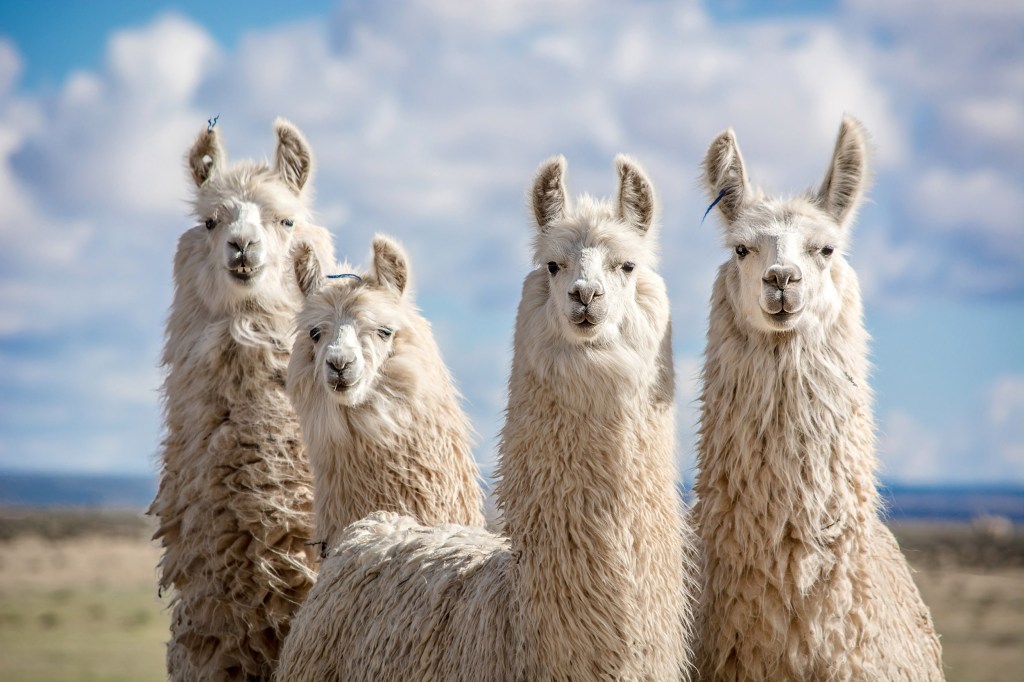 An asthma-style inhaler loaded with antibodies taken from llamas could be used in the fight against coronavirus.

Researchers have discovered that llamas produce powerful antibodies that are far more effective at fighting coronavirus than human equivalents.

Known as ‘nanobodies’ due to their small size, scientists at the National Institutes of Health have isolated them from a single llama named Cormac.

Early indicators show they are effective in aerosol form and given to humans as either a nasal spray or inhaler commonly used to help with asthma.

Professor David Brody, senior author of a study on the nanobodies said: ‘We hope these anti-Covid-19 nanobodies may be highly effective and versatile in combating the coronavirus pandemic.’

Nanobodies are naturally produced by the immune systems of camelids – animals that include camels, llamas and alpacas.

On average, the proteins are about a tenth the weight of most human antibodies and are also cheaper and easier to engineer.

Earlier this year, scientists found the nanobodies bind tightly to the spike protein of the Sars-CoV-2 virus, blocking it from entering human cells and stopping infection.

In the study published in Nature Structural and Molecular Biology, the team also identified that the nanobodies bind to the spike protein in a new and different way to other antibodies already discovered.

James Naismith, director of The Rosalind Franklin Institute and professor of structural biology at Oxford University, said: ‘These nanobodies have the potential to be used in a similar way to convalescent serum, effectively stopping progression of the virus in patients who are ill.

‘We were able to combine one of the nanobodies with a human antibody and show the combination was even more powerful than either alone.

‘Combinations are particularly useful since the virus has to change multiple things at the same time to escape – this is very hard for the virus to do.

‘The nanobodies also have potential as a powerful diagnostic.’

Professor Ray Owens, from Oxford University – who leads the nanobody programme at the Franklin, said the researchers are hopeful they can push the breakthrough on into pre-clinical trials.

Professor David Stuart, from Diamond Light Source and Oxford University, said: ‘The electron microscopy structures showed us that the three nanobodies can bind to the virus spike, essentially covering up the portions that the virus uses to enter human cells.’

In Cormac’s case, scientists injected the llama with a ‘pseudovirus’ that worked to kickstart his immune system and the production of antibodies.

The Maryland researchers found that low levels of the NIH-CoVnb-112 nanobodies prevented the modified pseudovirus from infecting these cells in petri dishes.

And it was equally effective when it was sprayed through the kind of nebulizer, or inhaler, used to help treat asthma patients.

Professor Brody said: ‘One of the exciting things about nanobodies is that, unlike most regular antibodies, they can be aerosolised and inhaled to coat the lungs and airways.’

The neuroscientists at the National Institutes of Health (NIH) in Maryland have applied for a patent on the nanobody described in Scientific Reports.

Mr Esparza said: ‘Although we have a lot more work ahead of us, these results represent a promising first step.’