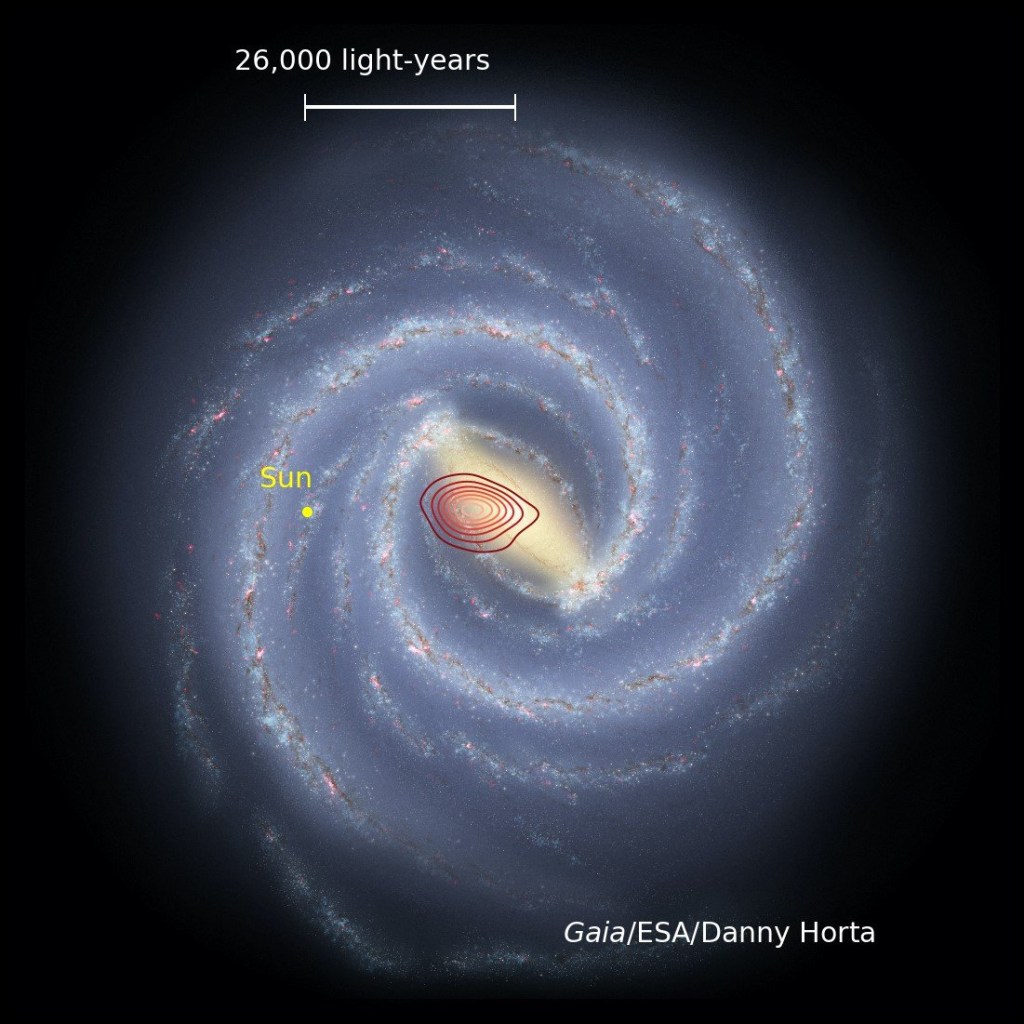 Astronomers have discovered a ‘fossil galaxy’ hidden in the depths of the Milky Way.

Dubbed Heracles, the dead galaxy is left over from the early universe and is thought to have collided with the Milky Way around 10 billion years ago.

Researchers say the remnants of Heracles account for roughly a third of the Milky Way’s spherical ‘halo’, which is made up of star clusters, gases and dust.

The scientists said that remains of older galaxies can often be spotted in the outer halo of the Milky Way – because galaxies are built through mergers of smaller galaxies.

However, they added, the earliest mergers require looking at the most central parts of the Milky Way’s halo, buried deep within the disc and bulge.

Dr Ricardo Schiavon, of Liverpool John Moores University’s Astrophysics Research Institute, said: ‘To ‘catch sight’ of that galaxy is awesome. It is really small in the cosmological context – only 100 million stars – but accounts for almost half the mass of the entire Milky Way halo.’

A team of astronomers led by Dr Schiavon analysed the data from the Apache Point Observatory Galactic Evolution Experiment (Apogee) project, which has amassed large amounts of information on more than half a million stars across the Milky Way.

Dr Schiavon said: ‘To find a fossil galaxy like this one, we had to look at the detailed chemical make-up and motions of tens of thousands of stars. That is especially hard to do for stars in the centre of the Milky Way, because they are hidden from view by clouds of interstellar dust.

‘Apogee lets us pierce through that dust and see deeper into the heart of the Milky Way than ever before.’

To separate stars belonging to Heracles from those of the original Milky Way, the team used Apogee instruments to measure the chemical compositions as well as the velocities of the stars.

Danny Horta, a graduate student at Liverpool John Moores University, said: ‘Of the tens of thousands of stars we looked at, a few hundred had strikingly different chemical compositions and velocities. These stars are so different that they could only have come from another galaxy.

‘By studying them in detail, we could trace out the precise location and history of this fossil galaxy.’

Based on their findings, the researchers say the collision between Heracles and Milky Way ‘must have been a major event in the history of our galaxy’.

They believe this makes the Milky Way unusual because ‘most similar massive spiral galaxies had much calmer early lives’.

Dr Schiavon said: ‘As our cosmic home, the Milky Way is already special to us, but this ancient galaxy buried within makes it even more special.’

The findings are published in the journal The Monthly Notices Of The Royal Astronomical Society.