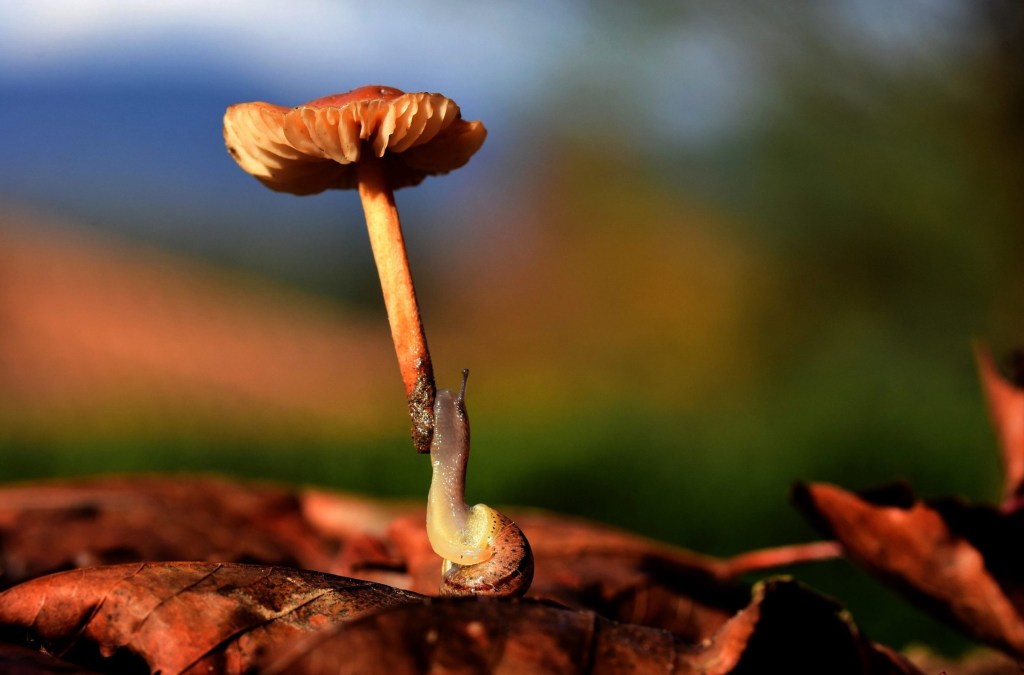 In this astonishing picture, a humble snail has been pictured lifting a mushroom far larger than itself in the air.

Snails are said to be able to lift and carry objects which weigh up to ten times as much as their body.

Despite this, ‘Hercules’ couldn’t bear the weight of the Marasmius oreades mushroom for too long. Eventually the weight caused it to topple and fall on its shell.

The photographs were taken by professional photographer Romain Doucelin, in the garden of his home in the village of Clonas-sur-Varèze, southeastern France.

Mr Doucelin said: ‘This is a scene that find funny – it looks as though the snail had eyes bigger than its belly.’

‘The scene only lasted for a few seconds, but I quickly managed to take the photos before the snail’s shell started to tilt from the weight.

‘I have come across snails lifting and moving other things like salad leaves in my garden before, but never anything as large as this.’

The 22 year old added: ‘I wanted to show the strength of the snails, and I found the autumn leaves worked perfectly as a scene for it to show its talent.

‘They have some pretty impressive force.’