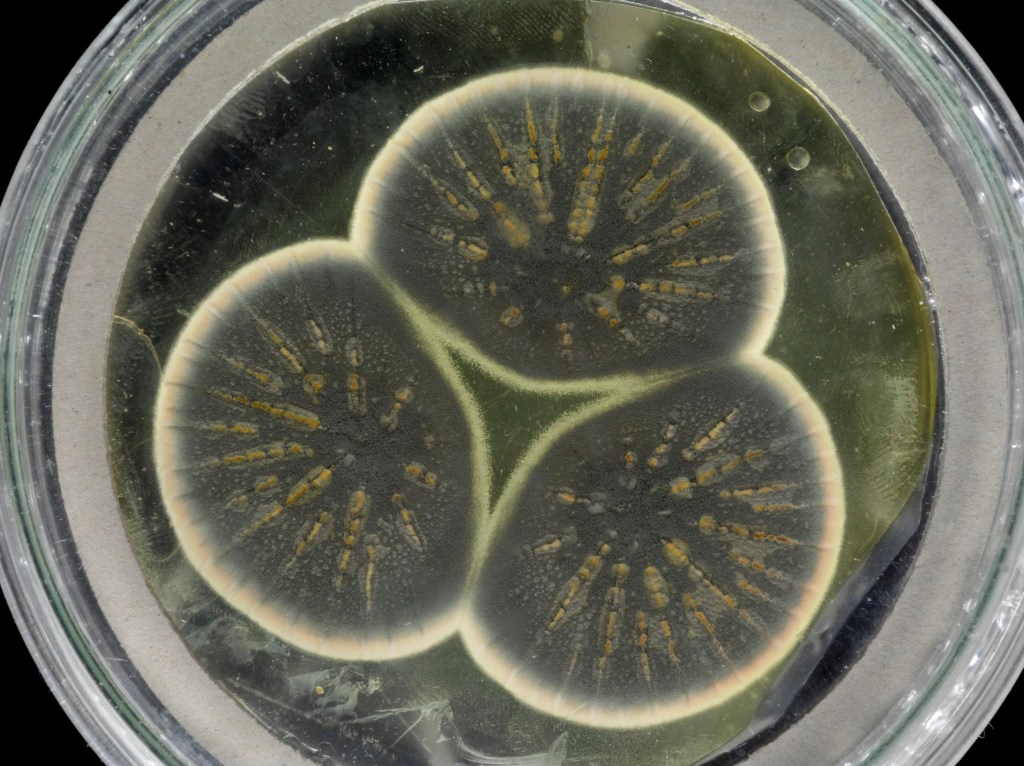 The genome of Sir Alexander Fleming’s original penicillin-producing fungus has been unravelled for the first time.

It could lead to the the development of new drugs to overcome problems of resistance, say British scientists.

Penicillium chrysogenum is used in the production of antibiotics such as amoxicillin, ampicillin, cephalexin and cefadroxil.

Its use in killing bacteria was discovered in 1928 after mould spores accidentally contaminated a petri dish in a laboratory. Tests showed it was safe for humans.

An estimated one billion people around the world take penicillin every year.. Its over-use has led to the emergence of deadly superbugs such as MRSA.

The World Health Organisation has described antibiotic resistance as one of the biggest threats facing humanity.

Lead researcher Professor Timothy Barraclough, who is based at Imperial and the department of zoology at Oxford, said: ‘We originally set out to use Alexander Fleming’s fungus for some different experiments.

‘But we realised, to our surprise, that no-one had sequenced the genome of this original Penicillium, despite its historical significance to the field..’

It has been kept at the culture collection at the Centre for Agricultural Bioscience International in Wallingford, Oxfordshire.

The resulting genome was compared those of two industrial strains of Penicillium used later in the US derived from mouldy cantaloupes.

The study published in Scientific Reports looked in particular at genes encoding enzymes that make penicillin and those that regulate them.

In both the UK and US strains, the regulatory genes had the same genetic code. But the US strains had more copies – increasing production.

But the genes coding for penicillin-producing enzymes differed between the strains isolated in the UK and US.

The researchers say this shows wild Penicillium in the UK and US evolved naturally to produce slightly different versions of these enzymes.

Moulds like Penicillium produce antibiotics to fight off microbes, and are in a constant arms race as microbes evolve ways to evade these defences.

Shedding light on the genome opens the door to manipulating the genes. The UK and US strains likely evolved differently to adapt to their local microbes.

Microbial evolution is a big problem today, as many are becoming resistant to our antibiotics.

The researchers don’t yet know the consequences of the different enzyme sequences in the UK and US strains for the eventual antibiotic.

But they say it does raise the intriguing prospect of new ways to modify penicillin production.

Mr Pathak said: ‘Industrial production of penicillin concentrated on the amount produced, and the steps used to artificially improve production led to changes in numbers of genes.

‘But it is possible that industrial methods might have missed some solutions for optimising penicillin design, and we can learn from natural responses to the evolution of antibiotic resistance.’

PrevPreviousApple iPad (2020) review: for those wanting value above all else
NextHere are the new emoji coming to your phone to help us deal with 2020Next