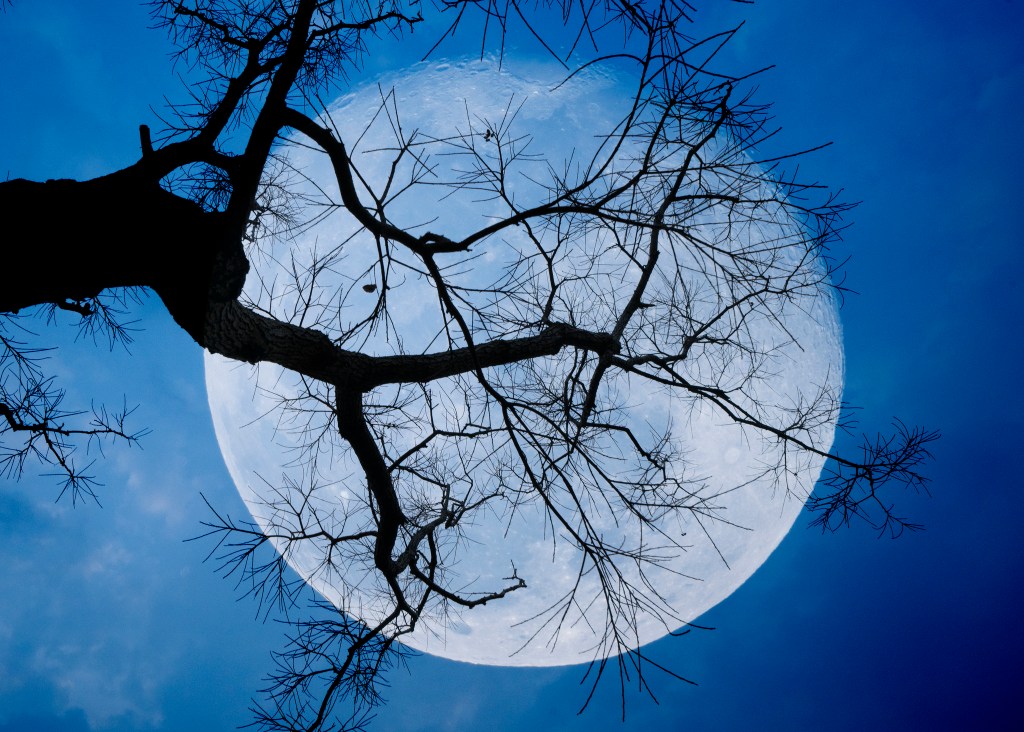 2020 is set to get a little spookier, with Halloween featuring a Hunter’s ‘blue moon’ in the night sky.

Falling on the 31st of October, the lunar body will be the second full moon of the month.

The ‘blue moon’ isn’t related to its azure hue, and it’s got nothing to do with NASA’s discovery of water on the lunar surface, either.

It simply refers to when a second full moon appears in either a month or a season, making Halloween’s moon ‘blue’ following October’s first full moon on the 1st of the month.

A ‘blue moon’, often used to denote rarity, isn’t all that unusual.

However, it is rare to have a blue moon occur on Halloween – the last time that happened was in 2001, and before that was in 1955.

We won’t see another Halloween blue moon until 2039.

The first October full moon was also a Harvest moon, the name given to the full moon closest to the September equinox each year.

It happens when the moon is located on the opposite side of Earth from the sun, fully illuminating it.

Why is it called a Hunter’s Moon?

Many lunar names are related to farming, like the ‘harvest moon’ that often signalled crops were ready to reap (made easier by the light of the full moon).

Similarly, a Hunter’s Moon stems from people planning for the breezy months ahead, as well as signifying an ideal time for hunting game, which were plump from eating falling grain.

There have also been references to a ‘hunter’s moon’ in literature from the First Nations of North America, when fat deers were tracked in the autumn moonlight by hunters preparing for the coming winter.

Other names for this full moon include the Travel Moon and the Dying Grass Moon.

The next full moon, named the ‘beaver moon’ after hunters used to set traps to ensure a supply of warm winter furs, will occur on the 30th of November.

When is the best time to see the Hunter’s Moon?

The Hunter’s Moon this year will rise at exactly 16:53 on Saturday, October 31st.

But the moon will also look bright and impressive on nights both sides of Halloween.

You’ll be able to see the moon in full from anywhere on Earth on October 31st, provided the sky isn’t cloudy.

All full moons rise in the east around sunset (which will be at 16:35 GMT on Saturday) and set in the west around sunrise (at 06:54 GMT on Sunday).

It will reach its highest point, what’s called the zenith, in the late night and very early morning hours.

For a more detailed guide of how best to view the hunter’s blue moon, the scientists over at NASA have compiled a handy guide.