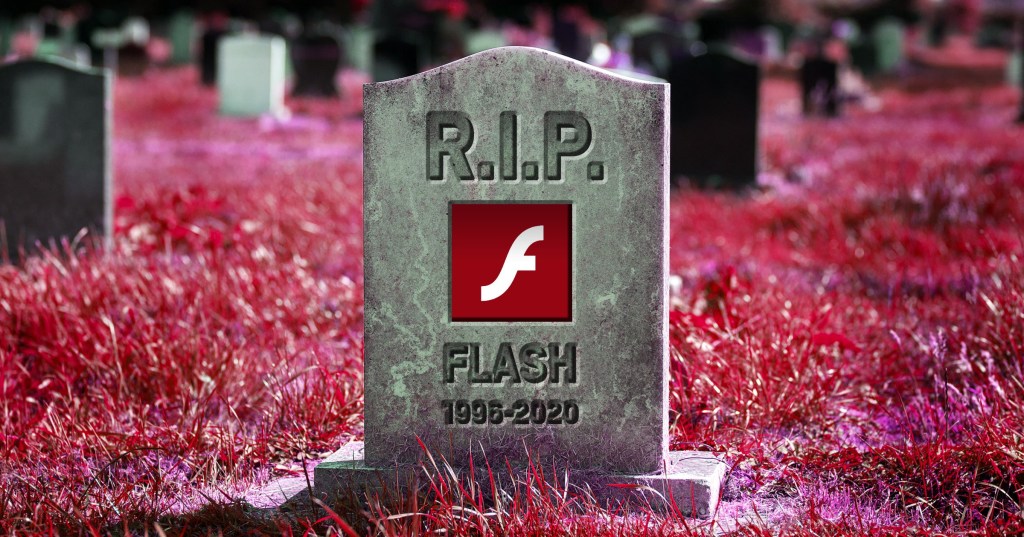 As of December 31, 2020, Adobe officially stopped support for Flash – the browser plugin that helped define the early internet.

The company announced it would be killing off Flash in 2017, but the time has finally come.

Adobe won’t provide any new security updates and is actively encouraging people to uninstall it.

It will also stop videos and animations running in Flash Player from January 12, 2021.

The plug-in was first created way back in 1996 and became a pillar of the internet by allowing people to stream videos and animations within the browser.

Animator David Firth told the BBC: ‘You could make a full three-minute animation with multiple characters, backgrounds, sounds and music less than 2 megabytes (MB) and viewable from within the browser.’

Flash was a software platform used by video creators and animators as a way of embedding media directly into a browser window.

The software was launched by Adobe in 1996 and went on to become hugely successful.

By 2009, Flash was installed on 99% of internet-connected PCs according to Adobe.

However, the software failed to make the jump to smartphones and the mobile internet and Adobe announced in 2017 it would be shuttering Flash.

‘Since Adobe will no longer be supporting Flash Player after 31 December 2020 and Adobe will block Flash content from running in Flash Player beginning 12 January 2021, Adobe strongly recommends all users immediately uninstall Flash Player to help protect their systems,’ the company says on its website.

‘Some users may continue to see reminders from Adobe to uninstall Flash Player from their system.’

Why has Adobe killed Flash?

A big part of the downfall of Flash is down to Apple’s decision not to support it on any of its equipment.

That started with the iPhones in 2007 and the iPad in 2010 but also in the company’s Mac computers.

According to the late Apple co-founder, Steve Jobs, Flash had several drawbacks that included security, draining battery life and a lack of optimisation for touch controls.

‘We think it will eventually ship, but we’re glad we didn’t hold our breath. Who knows how it will perform?’

Over time, as the iOS ecosystem dominated, many people stopped relying on Flash to consume video or play games.

At the same time, much of the internet was moving over to HTML5, which supported many of the features that Flash offered.

How do I uninstall Flash?

If you’re still using Flash on your machine, then it’s advisable to uninstall it immediately.

Adobe has an entire website dedicated to end-of-life for Flash with step-by-step instructions for uninstalling. You can find it here.