Every car on the road needs to be electric to meet climate targets, researchers say 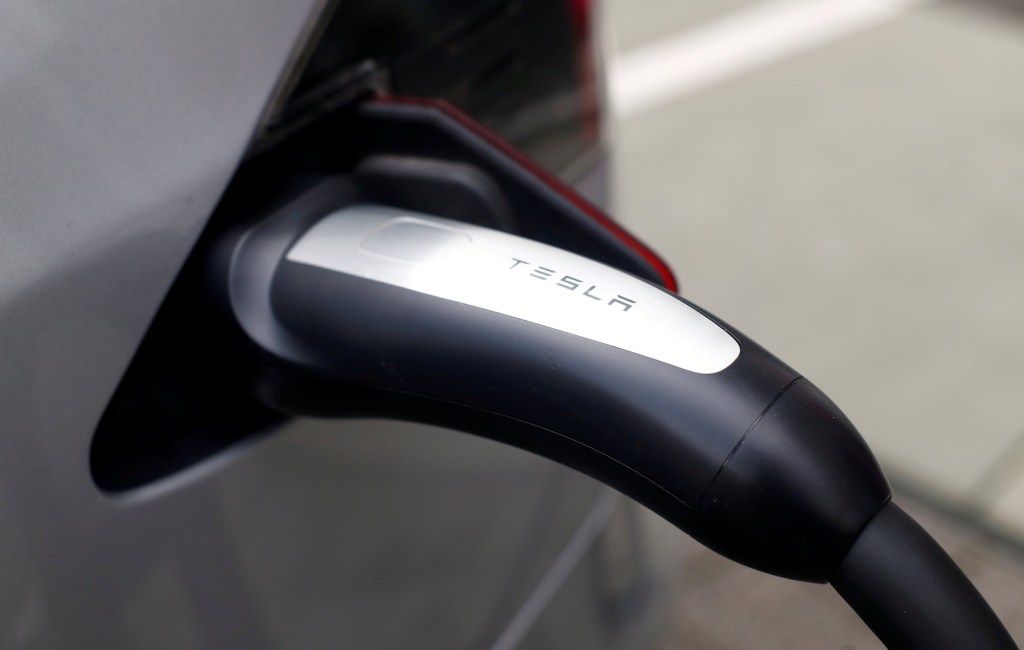 Nearly every car on the road will have to be electric to meet UN climate targets, according to new research.

Engineers fear it is unlikely many countries will reach a target of 90 per cent electric cars by 2050 when in some countries, including the United States, electric vehicles currently only account for 0.3 per cent of cars on the road.

While current predictions show electric vehicles are rising in popularity, the experts say it is not enough to keep the increase in global average temperatures to less than 2 C above pre-industrial levels by the year 2100.

The University of Toronto Faculty of Applied Science and Engineering built computer models to estimate how many electric vehicles a large car-dependent country like the US would need to meet UN targets.

Lead author Alexandre Milovanoff, a PhD student at the University of Toronto, said: ‘A lot of people think that a large-scale shift to EVs will mostly solve our climate problems in the passenger vehicle sector.

‘I think a better way to look at it is this: EVs are necessary, but on their own, they are not sufficient.’

Mr Milovanoff added: ‘We picked the U.S. because they have large, heavy vehicles, as well as high vehicle ownership per capita and high rate of travel per capita.

‘There is also lots of high-quality data available, so we felt it would give us the clearest answers.’

Published in the journal Nature Climate Change, the team found the US would need to have about 350 million electric vehicles on the road by 2050, or 90 percent.

Mr Milovanoff said: ‘To put that in perspective, right now the total proportion of EVs on the road in the U.S. is about 0.3%,’ says Milovanoff.

‘It’s true that sales are growing fast, but even the most optimistic projections suggest that by 2050, the U.S. fleet will only be at about 50% EVs.’

Professors Daniel Posen said: ‘We came up with a novel method to convert this target into a carbon budget for U.S. passenger vehicles, and then determined how many EVs would be needed to stay within that budget.

Depending on EVs would also create a higher demand for electricity, the researchers said, with new power plants and infrastructure needing to be built.

Instead of depending on privately owned electricity vehicles, the paper suggests a massive investment in public transport and redesigning cities to allow for more trips by bicycle or foot.

Professor Heather MacLean added: ‘EVs really do reduce emissions, but they don’t get us out of having to do the things we already know we need to do.

‘We need to rethink our behaviours, the design of our cities, and even aspects of our culture. Everybody has to take responsibility for this.’

PrevPreviousThe Lust List: New tech we want this week
NextTen apps to help you work from home, from video calls to invoicesNext