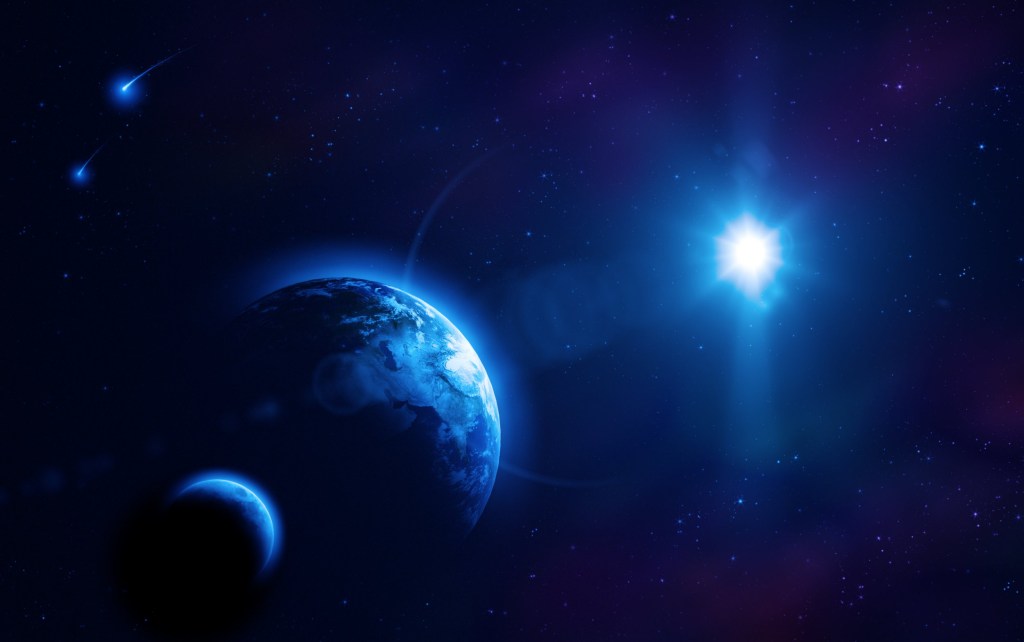 Earth may have lost up to 60% of its atmosphere in a collision that led to the formation of the Moon more than four billion years ago, scientists believe.

The research, led by Durham University, is based on 300 computer simulations looking at the consequences of the impact of collisions on rocky planets with thin atmospheres.

The team say the findings, published in The Astrophysical Journal Letters, could be used by astronomers who are trying to learn more about the Moon, which was thought to have formed following a collision between a Mars-sized rock and Earth.

Research lead author Dr Jacob Kegerreis, of the Institute for Computational Cosmology at Durham University, said: ‘The puzzle about how the Moon formed and the other consequences of a giant collision with the early Earth is something that scientists are working hard to unravel.

‘We ran hundreds of different scenarios for many different colliding planets, showing the varying impacts and effects on a planet’s atmosphere depending upon a number of factors such as the angle, speed of impact or the sizes of the planets.

‘While these computer simulations don’t directly tell us how the Moon came to be, the effects on the Earth’s atmosphere could be used to narrow down the different ways it might have been formed and lead us closer to understanding the origin of our nearest celestial neighbour.’

As part of the study, the researchers looked at the ways a planet’s atmosphere could be changed by objects of different size and mass impacting at different angles and speeds.

Simulations revealed Earth could have lost anywhere between 10-60% of its atmosphere in the collision where the Moon came into existence.

The researchers say the findings also provide a new way to predict the atmospheric loss from other rocky planets that have been involved in collision.

Co-author Dr Luis Teodoro, of the School of Physics and Astronomy at the University of Glasgow, said: ‘This major suite of planetary simulations also sheds light on the role of impacts in the evolution of Earth-like exoplanets.’