Chromecast with Google TV (2020) review: Now with a remote! 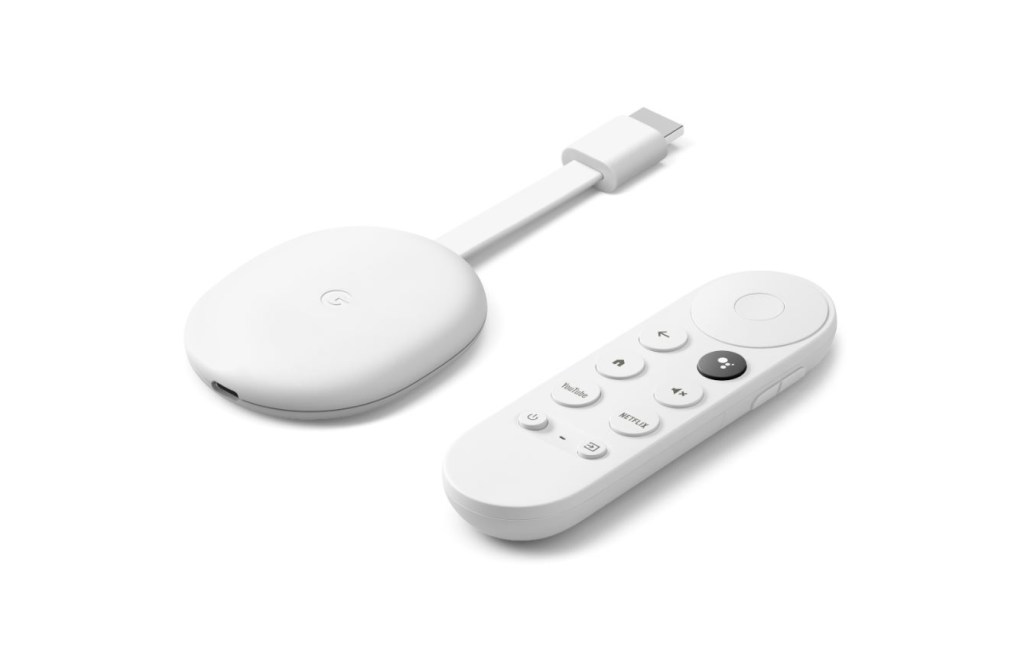 The tiny gadget was first launched in 2013 and created a bridge between our TV sets and the wealth of content easily accessible through smartphones.

Fast forward to 2020 and things are very different. Most TV sets now come with ‘smart’ features built in and several other tech companies have stepped in with streaming solutions of their own. That’s not to mention the all-in-one aspect of current and next-gen games consoles.

But Google thinks it still has a part to play. The company has revamped its Chromecast and launched a new version alongside the Pixel 5 for 2020.

The two big additions for the new Chromecast are the inclusion of a remote control (yay!) for the first time and a new user interface (UI) called Google TV. This is built on top of Android TV – the platform used by the likes of Nvidia’s excellent Shield streaming boxes.

By making these adjustments, Google has turned the Chromecast into a more rounded competitor to the Shield or Amazon’s Fire TV Stick. I feel I could hand the new Chromecast with Google TV to an elderly relative and they’d understand what to do, rather than having to explain the concept of casting content from a phone to their newly-upgraded gogglebox.

True, we now have another remote to lose down the back of the sofa. But the Google remote is a friendly and functional little guy. It’s got a circular control on the at the top that works as a directional pad and hotbuttons for most-used features like launching YouTube (natch), Netflix and summoning the Google Assistant. That’s because these days nobody presses buttons to find content, we just ask Google to play the next episode of Selling Sunset.

The remote works through Bluetooth and infared and I found it responded quickly to both button jabs and voice commands. It’s small, light and about as simple as a remote can be – so I’m definitely awarding some points there. Remember Google’s Daydream View VR headset? The remote for the Chromecast looks just like the remote for that.

The actual Chromecast has an oval shape with an HDMI port dangling from one end like a tail. It kinda looks like a sperm, actually. All you have to do to get set up is plug the HDMI into a spare port on the TV and connect the Chromecast to power through microUSB. There’s a mains adapter supplied in the box although you can power it straight from the TV if it outputs enough juice – you’ll need five watts minimum.

Once you’re set up and ready to go the new Google TV UI comes into play. It’s very similar to any other TV-based content platform you may have used. There’s a big window showing what’s currently selected and scrollable carousels of different feeds. You get a ‘For You’ page that’s curated based on what you’d like and a ‘Continue Watching’ option to pick up where you left off.

There are tabs separated into things like movies, TV shows, apps and other options to also help with navigation.

Plenty of the usual suspects can be found through Google TV: Netflix, Amazon Prime, Disney+, BBC iPlayer, BT Sport, to name a few. But crucially, not everyone got the memo. There’s no Apple TV+ or Now TV. Bizarrely, there’s also no mention of Google Stadia – the company’s cloud gaming service that was specifically launched running on the earlier Chromecast. Google says it’s coming sometime early next year. Go figure.

Not all the content may be there, but navigating what has made the cut is very easy. It may take a couple of evenings to get used to a different layout, but anyone that’s used a streaming platform before will quickly learn how to skip through and find what they want. Or just bark orders at the Google Assistant until something happens. And obviously, you can still cast directly from your phone or tablet if that’s what you prefer.

If you’re a big spender and have the mutt’s nuts of televisions and all premium subscriptions then the Chromecast with Google TV will have you covered. It supports resolutions up to 4K as well as a HDR10, HDR10+ as well as Dolby Vision and Dolby Atmos audio.

Despite a few omissions, the Chromecast with Google TV offers a great package for the competitive price of £60.

Although it’s not as accomplished as the Nvidia Shield, it’s much cheaper. And while it’s not quite as loaded with content as anything Roku makes, it’s very easy to get to grips with. I think the design is minimalist and attractive (you get a choice of white, red or blue) and in keeping with Google’s other Nest products.

The addition of a remote control is a huge plus and I found the Google TV user interface sensible and easy to navigate. You’re not going to go wrong if you decide to buy the Chromecast with Google TV, it just depends on your existing home ecosystem. If you’ve set up your house to be all-things-Amazon then the Fire TV Stick will, naturally, be a better fit. Ditto for Apple and the costlier Apple TV.

But if you’ve already got a few Nest products around the house already and are a die-hard Android user then it’s not hard to recommend the Chromecast with Google TV as your go-to streaming device.