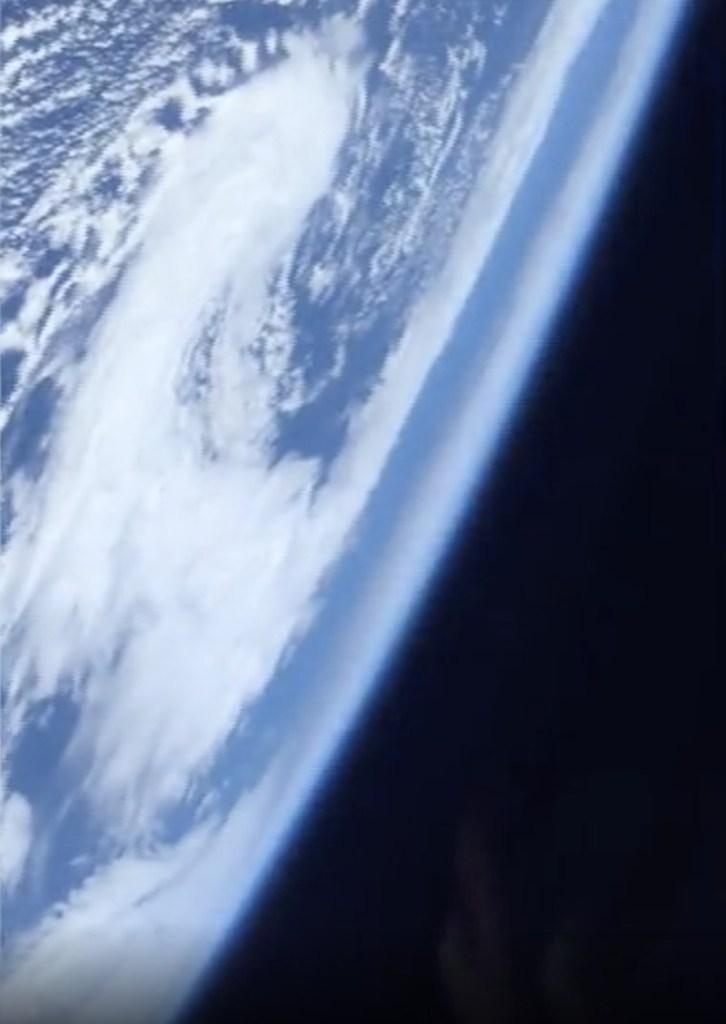 And on his way up, he captured some breathtaking footage of Earth from his unique vantage point.

The clip has been watched millions of times on social media and features Victor telling us that the video doesn’t even do it justice.

Glover is the first black astronaut expected to have a six-month stay aboard the ISS, where he’ll get plenty of opportunities to admire the planet from 250 miles above the surface.

‘Looking at the Earth through the window of Dragon Resilience,’ he wrote on Twitter.

‘The scale of detail and sensory inputs made this a breathtaking perspective!’

The flight aboard the Crew Dragon capsule – named Resilience by the crew – was the first operational flight of the private spacecraft.

SpaceX has been contracted by Nasa as a private taxi service to and from the space station.

And while that means Nasa gets to put its funding towards more ambitious targets like Mars, the benefit for us space fans will hopefully be more videos peering out of the Crew Dragon’s sizeable windows back down at Earth.