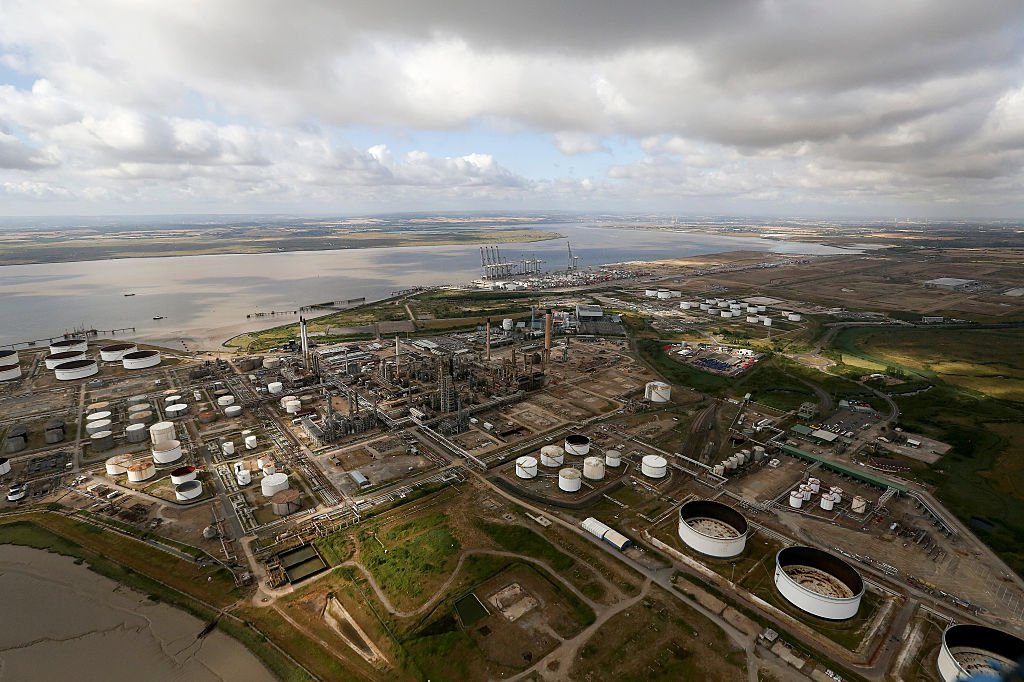 The new method, developed by researchers at Durham University, is so efficient it could double the amount of biofuel produced from everyday waste products like used cooking oil and agricultural waste.

It works by using a microscopic catalyst (a molecule used to speed up chemical reactions) consisting of a miniscule ceramic ‘sponge’ 100 times thinner than a human hair.

Dr Simon Beaumont from Durham University, part of the international research team, said: ‘Current technology used to make many of the complex molecules that support our daily lives is overly reliant on expensive engineering solutions and can pollute our environment.’

These feedstocks can be anything from food scraps, microplastic or old tyres, but once converted can be used to make high-value items like medicines and fertilisers.

Previous methods could only sort through feedstocks that were just one or two per cent contaminated, using vast amounts of energy for little product.

Biofuel is a fuel produced quickly from biological material, as opposed to fossil fuels, which are produced over millions of years by slow geological processes.

It tends to refer to liquid fuels available for use in things like cars and power generators, but can encompass a wide range of natural raw materials used for energy.

One of the potential advantages of biofuels is that it can be significantly less polluting and lower carbon than traditional fossil fuels, as well as much easier to produce.

This ease of production is good for people with less access to cheap mainstream energy, termed energy poverty.

Why is this new biofuel technology so powerful?

But the breakthrough catalyst has been able to handle up to 50 per cent contamination, widening the potential candidates for biofuel to more low-grade ingredients.

The clever new technology is inspired by the machinery of the human cell, which uses enzymes to coordinate chemical reactions inside the body.

“Our bio-inspired approach looks to nature’s catalysts – enzymes – to develop a powerful and precise way of performing multiple reactions in a set sequence,’ said co-lead investigator Professor Karen Wilson from Royal Melbourne Institute of Technology and Melbourne Technical College, which assisted with the research.

‘It’s like having a nanoscale production line for chemical reactions, all housed in one tiny and super-efficient catalyst particle.’

One of the key benefits to the new technique is its reliance on the simple catalyst made from simple non-precious metals, rather than a complicated intensive process – meaning it can be used away from large, complicated refineries.

‘These new materials are really exciting as they provide a key step towards using greener resources efficiently,’ said Dr. Beaumont.

Producing the low-carbon biodiesel using these catalysts requires just a large container and some gentle heating and stirring.

‘This is particularly important in developing countries where diesel is the primary fuel for powering household electricity generators,’ added Professor Wilson.

But it’s not just developing countries that could benefit from the new efficient technique.

Oil manufacturers across the world are looking to diversify to alternative energy sources, after global oil demand was crushed from the economic shock of the pandemic.

Around 14% of refining capacity in advanced economies currently ‘faces the risk of lower utilisation or closure,’ according to the International Energy Agency.

Instead of closing old refineries at high cost, many owners are choosing to switch to cleaner biofuels like vegetable oil and waste oils, like the Durham team’s new catalyst.

Though the new method is currently suitable only for biodiesel production, further research could allow for the easy production of jet fuel from agricultural and forestry waste, old rubber tyres, and even algae.

PrevPreviousISS at 20: A timeline of memorable moments from the space station
NextHumanity set to mark 20 years of the International Space StationNext