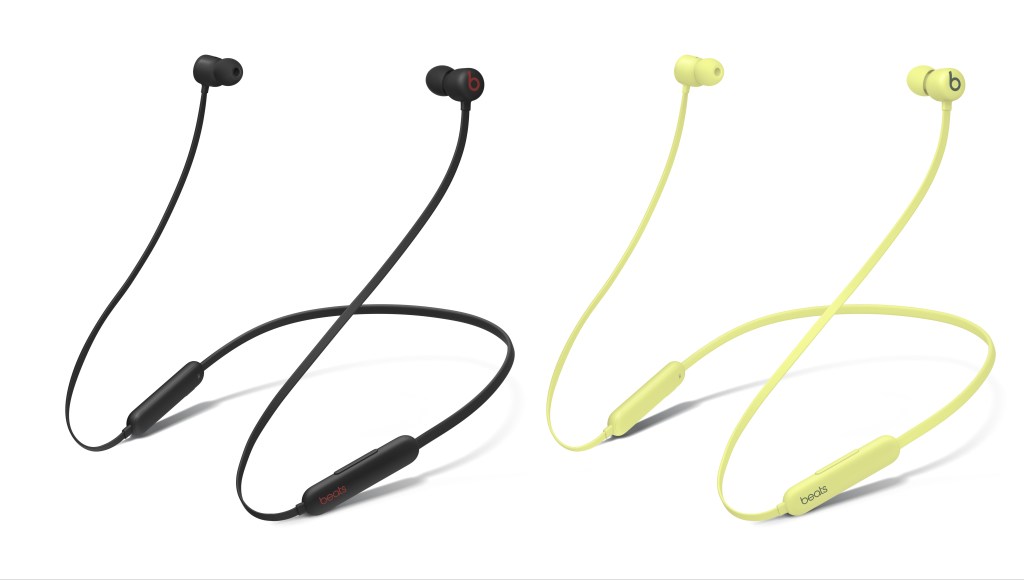 Beats, the Apple-owned audio brand, has just announced a brand new pair of headphones for £49.

The Beats Flex is a new set of wireless headphones that resemble the earlier BeatsX, with two in-ear buds connected via a neckband.

The black and yellow options are both available to pre-order now at Apple.com with availability set at October 21. The Smoke Gray and Flame Blue options will launch in ‘early 2021’ according to Beats.

‘This will allow even more music fans around the world to experience the quality sound and design Beats products are known for.’

As well as the low price, the driving force behind the new Beats Flex will be the Apple W1 chip inside it that makes it easy to pair it quickly with other Apple devices like the iPhone and iPad.

There’s also a feature called Audio Sharing that lets users wirelessly share audio between the Flex and any other Beats headphones or AirPods. So two people can be watching the same content – for example in the back of a car – and split the audio wirelessly.

PrevPreviousDoes the iPhone 12 support 5G and what other phones have already upgraded from 4G?
NextNetflix drops free 30-day trial option in the UKNext