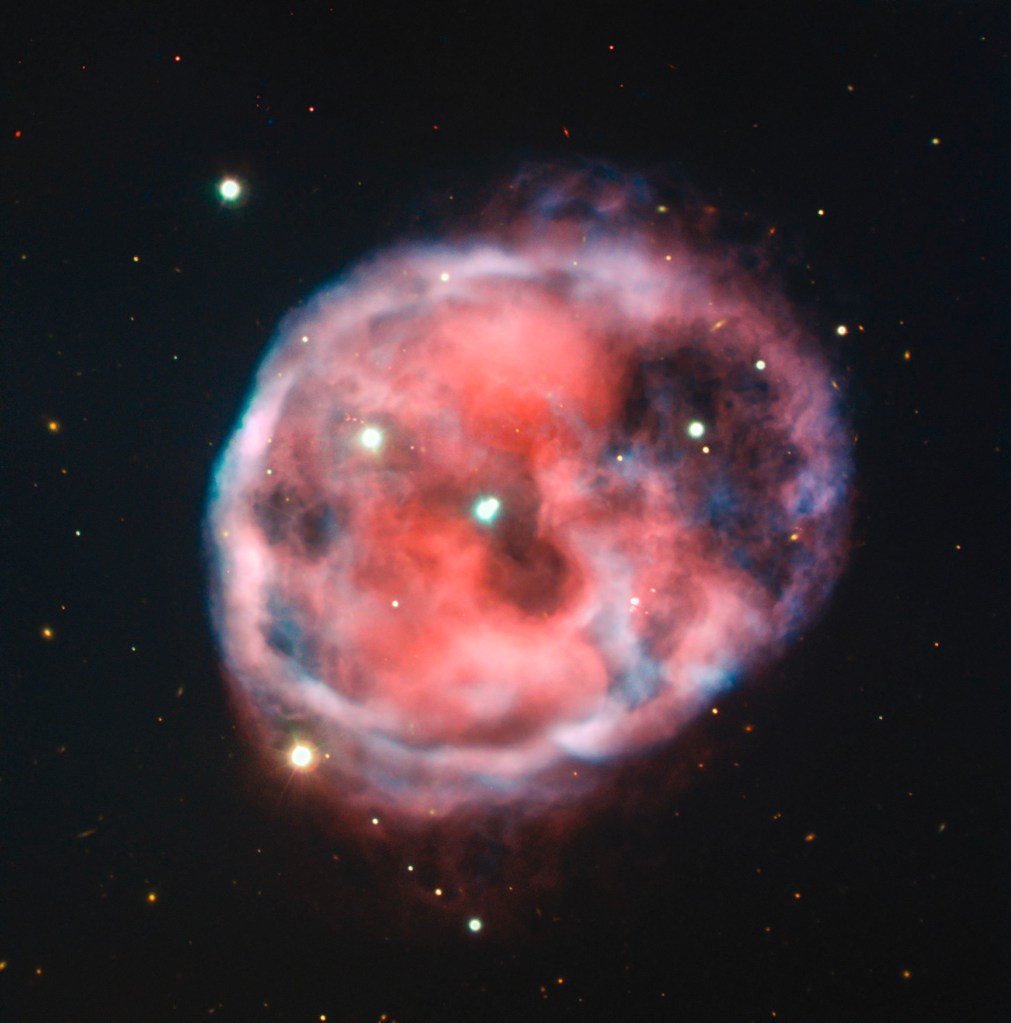 The remnants of a long-dead star have provided the foundation for a truly spooky space image.

Released by the European Southern Observatory (ESO) on the eve of Halloween, the ‘Skull Nebula’ is floating through space around 1,600 light years away from us.

Known as NGC 246, the nebula is well known for being associated with a pair of closely-bound stars orbiting a third.

The swirling pink and red cosmic dust gives the nebula a bloodshot and very Halloween-appropriate look.

This image was taken by the FORS 2 instrument on ESO’s Very Large Telescope (VLT) in the Chilean Atacama Desert.

Even though this nebula has been known for centuries, only in 2014 did astronomers discover, using ESO’s VLT, that the white dwarf and its companion are concealing a third star situated at the heart of the Skull Nebula.

This star, which is not visible in this image, is a dim red dwarf that sits close to the white dwarf at about 500 times the distance between Earth and the Sun. The red and white dwarf stars orbit each other as a pair, and the outer star orbits the two dwarfs at a distance of around 1900 times the Earth-Sun separation.

These three stars collectively establish NGC 246 as the first known planetary nebula with a hierarchical triple stellar system at its center.