Apple iPad (2020) review: for those wanting value above all else 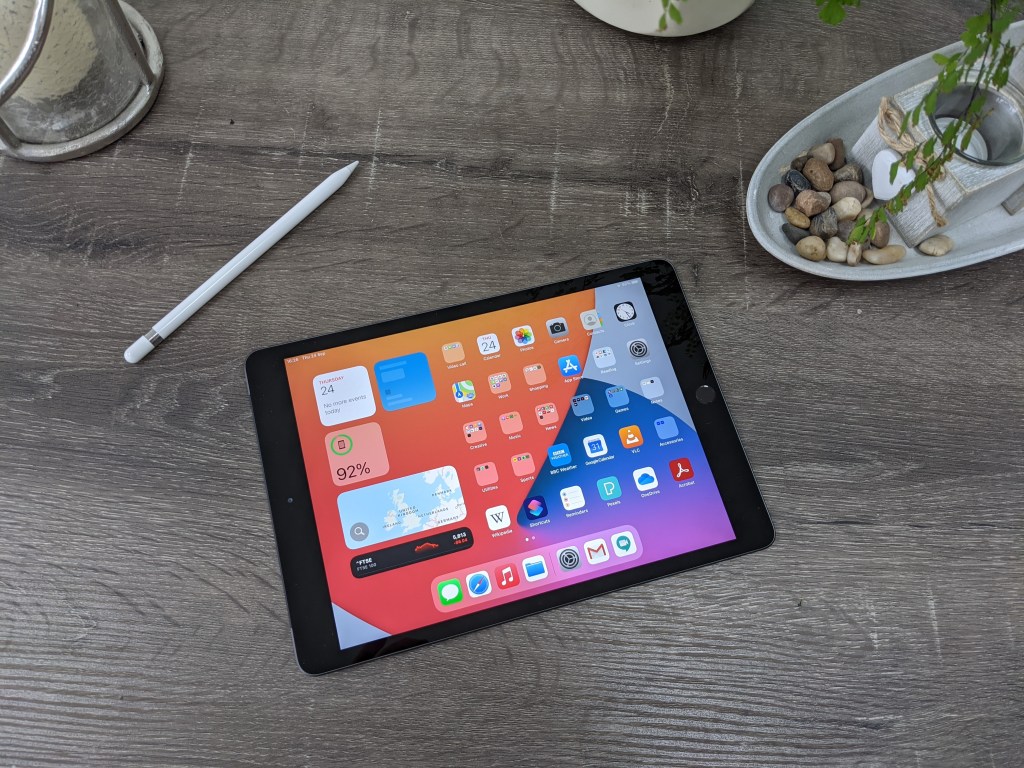 The roster of Apple products appears to be scything neatly into two different tiers for those at different spending levels.

For people with pockets brimming over with cash and Scrooge McDuck-level vaults of riches you have the ‘Pro’ options. These include the iPhone 11 Pro, the iPad Pro, the MacBook Pro and the recently-announced Apple Watch Series 6.

Then you have a different level of products for those choosing between mobile connectivity and another husk of bread for dinner that night. You’ve got the iPhone SE, the MacBook Air, the newly-announced Apple Watch SE and then the bog-standard iPad.

Recently refreshed by Apple, this new eight-generation iPad puts value above all else. It has an entry-level price of £329 and for that you get the very, very basics.

For 2020 Apple has upgraded the processor, thrown in a 20W charger and kept the price the same. There may be a boost in performance to keep pace with modern apps and services, but the rest of the device is the same as the 2019 variant.

There’s still a Home button and also the smart connection that lets you attach the Smart Keyboard accessory. This iPad works with the Apple Pencil but only the first generation version. Both accessories are sold separately and bump up the price but are a good idea if you want the best from this device.

Performance now comes through Apple’s A12 Bionic which first debuted on the iPhone XS and XR as well as 2019’s iPad Air. It’s certainly speedy enough for playing games, multitasking with apps and even doing creative work on applications like iMovie.

Apple says the new chip delivers 40% faster CPU performance and 2x faster graphics than the previous iPad. Considering this is the most basic iPad you can buy, it’s still got plenty of grunt under the bonnet – possibly more so than the intended audience will need.

Apple’s new 20W charger will now juice the iPad’s battery even faster and, all told, you should expect a good 10 hours of use from a single charge. This iPad still uses Apple’s Lightning connection, so any old cables you have for charging iPhones or previous iPads will work with this device.

If it’s value-for-money you’re after then this is unquestionably the iPad to buy. It’ll give you access to the iOS 14 ecosystem and provide a great device for media consumption on the move. It’ll also serve as a second screen for Zoom meetings or flipping through pictures or websites.

Here’s the clinch, though: Apple’s next step up is the newly-announced iPad Air and that offers a much more compelling package. The drawback? It’s nearly twice the price.

But if you can stretch to it, you’ll get a better design, bigger display, USB-C connection, support for the second-generation Apple Pencil and more colour and storage options. The new iPad Air looks to take a lot of the benefits of the top-tier iPad Pro without the eye-watering price.

All that being said, this entry-level iPad is still a solid purchase. Apple’s tablets are far ahead of the competition and if you throw in a few of the excellent accessories you’ll have a great value-for-money portable computing package.

If you want to pick one up, you can buy it from Apple’s online store here.