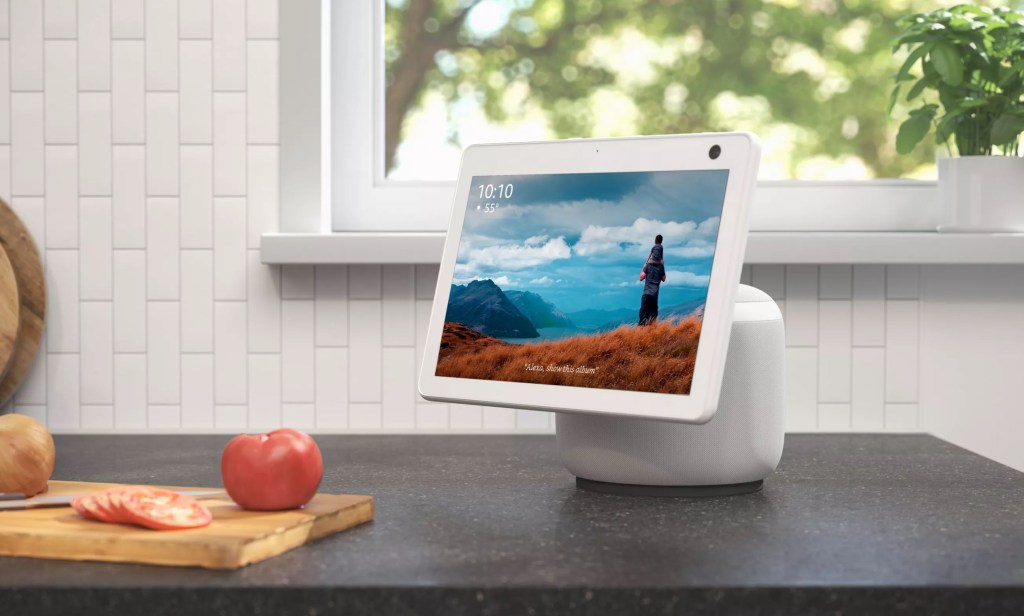 Amazon has announced a swathe of new products under its Echo and Ring brands as well as launching a gaming service to rival Google Stadia.

The online retailer has boosted its devices lineup with updates to the Alexa-enabled Echo, Echo Dot and Echo Show as well as announcing Ring security video and alarm products for cars.

The company said Tesla vehicles will be the first that are compatible with its Ring Car Connect software, which can tell customers if their vehicle is unlocked and can play back video. A smart car alarm was also unveiled that will serve as a deterrent to thieves.

Amazon also announced upgrades such as a deletion feature for all prior voice recordings, more natural tone for its voice assistant Alexa and an improved ability to discern whether speech is directed at Alexa or at others in a household.

The new £240 Echo Show 10 can even detect where speech is coming from and swivel on a motor to face the speaker as they move through the room.

Perhaps the most eyebrow-raising moment was when Ring revealed it has created an autonomous drone that takes off and films as it flies round your house.

Like some kind of tiny airborne guardian, the Ring Always Home Cam costs $250 in the US and will start shipping next year.

Meanwhile, the cloud gaming service – called Luna – will be available on PC, Mac, Fire TV, and iPhone and iPad (via web apps), with an Android version planned for after launch. It will cost $5.99 per month in the US initially and will allow users to play on two devices simultaneously with up to 100 games available at launch.

There’s even a special controller to go with it – just like what Google offers with Stadia.

The world’s largest online retailer has worked for years to popularize speakers, televisions and other devices that customers activate through speech. A goal has been to draw shoppers to more services from the company, whether Amazon Music played on its suite of Echo speakers or products ordered by voice from Amazon.com.

The company has adopted a strategy of marketing different devices for different functions, including voice-controlled ear buds and eyewear. Amazon announced a fitness band last month that tracks health and offers to analyze the tone and emotion in users’ speech.

Rivals including Apple Inc and Alphabet Inc’s Google are competing to be the top platform for voice gadgets. Apple’s assistant Siri has had the advantage of being installed on consumers’ iPhones, but in the U.S. market for smart speakers, Amazon’s devices with assistant Alexa have had a clear lead, according to research from firm eMarketer.

Amazon’s stock is up more than 60% this year. Sales have jumped for the Seattle-based company as more consumers turned to online shopping during the coronavirus pandemic. In July, Amazon announced the biggest quarterly profit in its 26-year history.