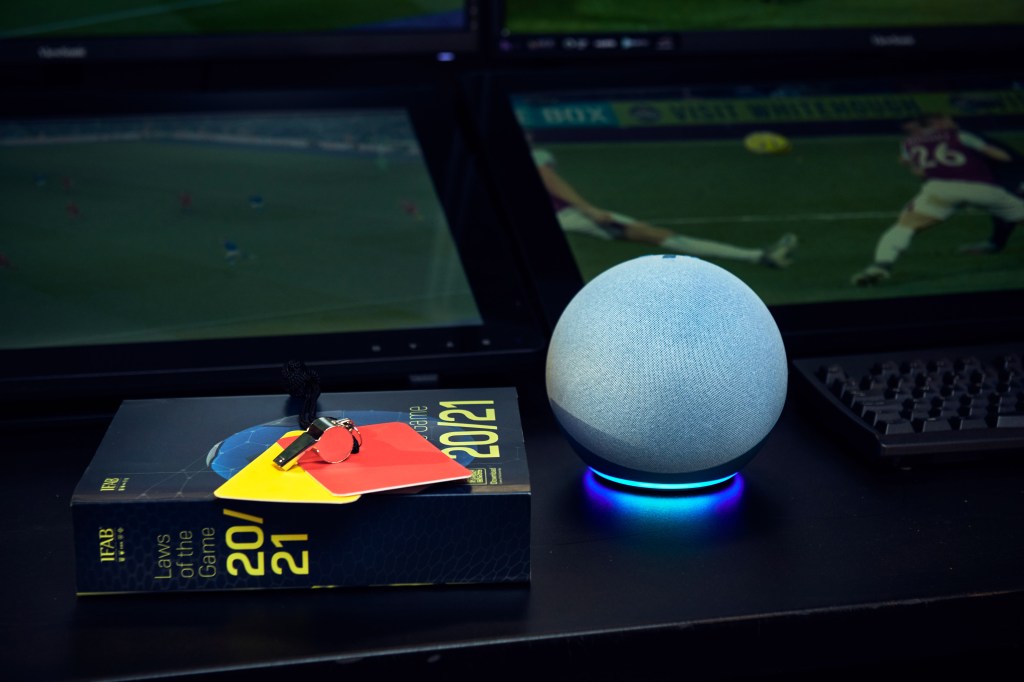 Amazon’s virtual assistant has been brushing up on the rules of the beautiful game.

Ahead of Premier League clashes being broadcast on Amazon’s Prime Video service, the tech giant has given Alexa the ability to explain the various rules.

If you have an Alexa in your house, all you have to do is ask it to explain an aspect of the game and it’ll clue you in.

Amazon is calling it the ‘VARlexa feature’ – see what they did there?

The explanations are cribbed from the official IFAB (International Football Association Board) Laws of the Game – so Alexa can give you the definitive verdict on what constitutes a handball.

‘By teaming up Alexa with experts in the laws of the beautiful game, we’re giving fans instant assistance on the official rules as they watch Premier League football on Prime Video – by simply using their voice,’ said Eric King, Director of Alexa Europe.

‘By increasing Alexa’s sporting knowledge, we continue our aim to make customers’ lives easier by keeping them up to speed with the latest information using voice-technology.’

As with last season, Amazon will be showing two full rounds of Premier League fixtures over the festive period on its Prime Video subscription service.

To be able to watch, you’ll need to be signed up to Amazon Prime or Prime Video independently. The first fixtures are taking place in the midweek of December 15 and 16 and the next games comprise a full round on December 28.

PrevPreviousHow to do Top 9 on Instagram to reveal your most liked posts of 2020
NextFacebook, Messenger and Instagram down: Apps crash for users in UK and EuropeNext